I started this post over a month ago but with Blogger freezing up on me, I gave up because I wrote this really long post already. And now, I have two jobs, no kidding. So this post got delayed again...

During that time, I did manage to watch more films but just didn't blog about it, not even tweet about it. Maybe soon afterwards, I will post more mini-reviews. Not sure when I will do a full review again...

There has been many discussions and petitions for bringing "old" Bollywood back. I understand that the "new," modern Bollywood is lacking what made me fall in love with Bollywood in the first place. That's one reason why I ventured out to South Indian films and even blogged about it.

However, at one time, I did want to see Bollywood films have romantic comedy and not have so many storylines about parents disapproving the young couple's love. Not that I mind it much. Admittedly, I did want to see a slight moderation in focusing on the couple's love life. I thought about this after watching Mere Pehla Pehla Pyaar (Hindi) and Happy Days (Telugu).

In 2006, I got into Korean movies the same time as I got into Telugu. Korean cinema intrigued me because of the romantic comedy between the hero and heroine. Most of the Korean romantic comedies have the heroine as the sassy girl who has a mind of her own and speaks up. I dislike the damsel in distress heroines.

Now, after much consideration....does that make me a bit hypocritical?? Me wanting "old" Bollywood back and watching Tamil/Telugu films now? And then asking Bollywood to showcase more storylines that has no conflict from parents? 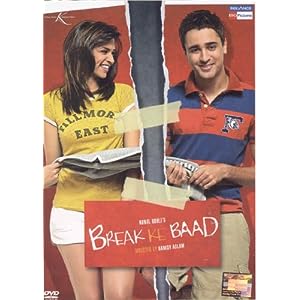 Slowly but steadily, whatever the case may be, Bollywood has had films that fit into that category for me! Films like Wake Up Sid, Jaane Tu Ya Jaane Na, I Hate Luv Storys, Break Ke Baad, Band Bajaa Baraad....

I just don't want *every* Bollywood films to be "Oscar-worthy" or "westernize" at all. 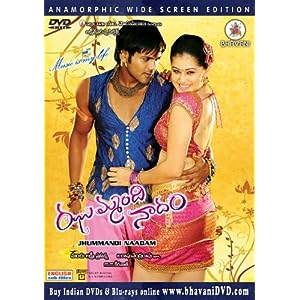 India is still the only country till this day with a colorful culture. People still flaunt around with their gorgeous, traditional outfits. Even when I go to the International market here in Atlanta, I see them proudly wear sarees, salwar kameez, dhoti, etc. I, especially, love it when it is portrayed in the films.

What I mean by that is if I watch a Korean or Hong Kong movie that has traditional outfits, it's considered a period film, or even a historic film. Can I not watch a movie that is set in the present time and the cast dressed in traditional attire? Except in weddings?

Even Hmong movies are like this now. I will watch a movie and the cast is dressed and wearing brand name outfits in their homes on the rural farm. It's like the battle of who has the cooleset clothing.

I do like the storylines shifting from poor boy/rich girl, rivaling families to reasons why couples breakups because of personality clashes or going through life and learning from it.

Keep the songs. I love that.
A lot of the new Bollywood movies that have come out does have music in the background instead of singing/dancing to each other now.

Not that I mind the "old" storylines.

See...I really don't know what to think anymore. I just like movies, in general :D
ApunBindaas Nicki at 1:32 PM

Your last sentence is the best :D.
Personally, I love the matter of fact that Bollywood evolves like every other industry, I appreciate it and I'm curious to see, where the road is leading us.
Old or new, I watch as many films as possible... though it's easier to get one's hands on newer films, I think, and I'm a tad more interested in what's going on "now". But that's how I see life in general - focus on the now, but also think about the past and learn more about it.

Lovely post Nicki, i know where i stand on this and i can understand your confusion but there's something about bollywood movies that i just can't place my hands on that makes watching them an absolutely winning experience, i find a lot of new films rather dull compared to the oldies

Like the theme of the post. Actually I don't really mind the new, modern Bollywood. And I don't really agree with people who keep saying the Western style rom-coms that keep coming up these 1 or 2 years. Not that I don't think Bollywood/Indian cinema get "inspiration" from Western movies. But I'm okay with that as long as the movies are good. I don't feel the need to tell filmmakers to keep their old ways of making movies.

Like the theme of the post. Actually I don't really mind the new, modern Bollywood. And I don't really agree with people who keep saying the Western style rom-coms that keep coming up these 1 or 2 years. Not that I don't think Bollywood/Indian cinema get "inspiration" from Western movies. But I'm okay with that as long as the movies are good. I don't feel the need to tell filmmakers to keep their old ways of making movies.

Like the post and the way u have written it. I am frustrated with modern bollywood as they lacks originality now a days and doing remakes from South Indian films.

That is really helpful. It provided me a number of ideas and I'll be placing them on my web site eventually. I'm bookmarking your blog and I'll be back. Thanks again!