Many people have said that Varun is a young Sid. How young can Sid really look? He already looks 16! Honestly, it never occurred, to me, about Varun looking like Sid.
Yes, both have similar body shapes and played in similar roles (romantic comedies).

That's where it stops.

As much as I love and adore Sid as an actor, I much prefer Varun in the looks department for my crush. Varun gives me a sexy vibe and has more of a fashion style :D

Agree or disagree but Varun is definitely one of my Tollywood crushes!!

My intro to Varun was Happy Days. I thought he was just too adorable and fell in love with his character and Tamannah's. I just knew I had to see more of Sekar Kammula's films too.

Happy Days is Varun's debut film. Even though I thought he was so adorable, I didn't go seeking his films....yet. Sometimes when I order Telugu films on Bhavanidvd.com, I search for cheaper dvds and locate the names of stars I've seen before. When I came across Kotha Bangaru Lokam, the heroine caught my eye first. Mainly because of her interesting, unique looks. Varun's name was attached so I had to buy it. However, even though I received my dvd, it was many months before I actually watched the film.
When I finally did watch it, I loved it sooooo much. Kotha Bangaru Lokam is one of my favorite Telugu films of all times. Some people may not like it but it focuses on young love but I absolutely adored it. I once admitted that my guilty pleasure is watching young romances. One of my favorite Hollywood guilty pleasure movie is A Cinderella Story starring Hilary Duff and Chad Michael Murray :D

I am completely in love with Varun Sandesh now!

So I went out to seek me some more Varun!

Therefore, I ordered Kurradu. I was stoked to find out the heroine is Neha Sharma since I think she's a hottie! 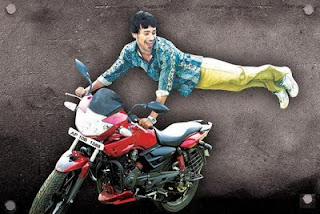 It was not a great film, nor was it a bad film. The beginning started off slow. It was about being at the wrong place and time with a lot of misunderstandings and backstabbings. Varun shys away from the loverboy role and kicks ass instead.

With every star comes meh and boring films. That's just how it is. Bollyviewer and Beth both have said that the path to awful movies is paved with favorite actors! Haha! How true is that :D

What made me dislike Evaraina Epudaina is the character, Venket, played by Varun. Besides falling in love at first sight with the heroine, Vimala Raman, and trying to make her fall in love with him by deception, his character was loud and over-the-top. Usually I don't mind but it just didn't suit Varun :( I also hate the fact that he was really selfish in the film!

As cute as Varun is, he couldn't do anything more to make me like the film :(

Then there comes another film that made me shake my head - Maro Charitra.

Maybe it's the fact that Maro Charitra is such an epic film and that is has been remade in Hindi as Ek Duje Ke Liye, which I absolutely looooooved!

Now, I have heard very very bad reviews about Varun's Maro Charitra....but I still didn't let that influence my thoughts and opinions.

Varun looks a bit more mature than his other films. Probably is the haircut and highlight? He looked really yummy.

So why not love it as much? I guess I just couldn't connect a classic mixing it up the modern way. I don't know why I feel like that since I love A Cinderella Story so much. I may have to watch it again.

It did take me a while to finally watch Happy Happy Ga....but when I finally did, I'm glad.

What I love about Happy Happy Ga is exactly the type of film that I mentioned before what I was looking for - a romantic comedy dealing with a couple's love with *out* parents disapproval. The couple has their own reasons why they either click or don't.

Varun's character, Santosh, is my kind of guy. I've mentioned before that I love guys who seemed annoying to others but are actually unselfish and goes out of their way for others, such as Bunny in Happy and Siddhu in Konchem Ishtam Konchem Kastam.

Santosh is no different. He is an orphan who wants to fall in love. In addition, he spreads his love and happiness by distributing flowers and cards to others.

I, especially, loved the twist of how the film turned. I felt that Santosh really knew what love meant. With no spoilers, because of that reason, I think that's why any people didn't love this film...but I did.

I am looking forward to watch Varun's other films that hasn't released on dvd yet! 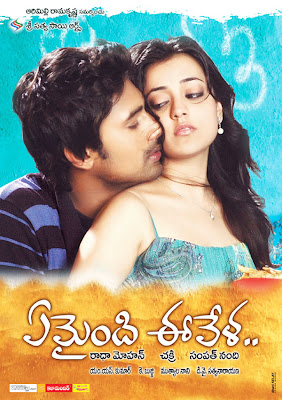 Seenu (Varun Sandesh) is a graduate who is looking out for placements in a software company. Avantika (Nisha Agarwal) is trying he luck in software field by staying in a hostel of Ameerpet. Seenu and Avantika likes each other and have pre-marital sex. Seenu proposes to Avantika and she accepts. They get married. a silly comment from Seenu turns into a big conflict which results in a divorce. They date other people and rest of the story is all about how they realise that they are made for each other. 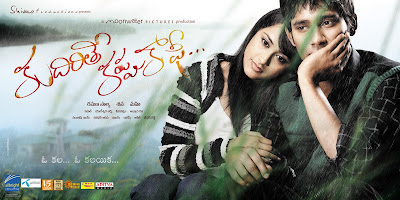 Storyline from Great Andra
Venu (Varun) is a person who follows his heart and is not keen on taking up any career until he gets the right connect. However, the suicide of his close friend due to love failure disturbs him and Venu develops hatred for love and romance.

The story takes a turn when he is told by his father (Bheemaneni) to go to Dakshinagiri. They have a coffee shop in the hill station which is managed by his father’s teacher Malathi (Sukumari). Venu is asked to go and help her so that the financial debt she has with Decent Mohan (Bharani) can be revealed. Now, the former teacher has got a grand daughter Lasya (Suma) whose dream is to come up with a resort from the coffee shop and marry the person she loves. She comes home to find Venu in charge of things but seeing his abilities and qualities, she falls in love with him. What happens from there forms the rest of the story. 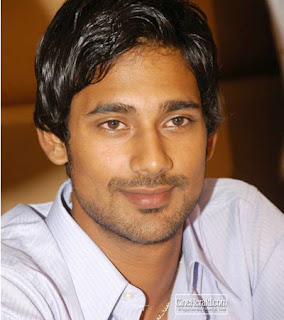