After the Twitter chit chat, I decided to create my top 5 Telugu films. On Twitter, I listed my top 3 but said I couldn't do a top 5 yet. It was hard. I stopped at 5 because there is no way I could've done a top 10.

I love Telugu films for many different reasons, part of it where I stated on Why I love South Indian films.

My top 5 Telugu films are probably different from everyone else's. If someone has the exact 5 films in that order, please let me know because I think I found my long, lost twin :D

My list includes films that I re-watch many times and the success rate of me showing my friends to fall for Tollywood :D

Oye
I ain't gonna lie. Almost everyone of Sid's films are good. Just thinking about it, ranking Sid's movies would be really challenging for me! I love them all for many different reasons.  However, Oye is just something special. For the first time in Indian cinema history (to me), I found a film when the hero loves the heroine for exactly the who she is. She was an average natural looking, non glamorous, sassy girl who didn't have to change who she was. The hero had to impress her!
Details and reasons why I love Oye.

Happy
My top 5 would be incomplete without an Allu Arjun film! He is my all-time fave hottie for a reason. Although I loved his looks in other films (ahem Desamuduru), Happy is the one that made me re-watch over and over! It is also my 13-years-old niece's fave Tollywood film :) I just simply love Bunny's character in the film. I love silly, goofy guys with a kind heart. On top of that, it's Bunny! I can go on and on why I love Bunny, but I won't...well, just not on this post. I love storylines that has the two leads "hating" each other then falling in love :D
Details and reasons why I love Happy (even though it's an old review, maybe I should do another one???)

Anand
Sekar Kammula is one of my favorite directors. Kamalinee Mukherjee is my favorite South Indian actress. Raja is a cutie-pie and adorable. Music is great. What else? I love how the two leads slowly fell for each other by getting to know each other. Just go watch it.
Details and reasons why I love Anand.

Yamadonga
First of all, I confessed on Twitter that my favorite director is now S.S. Rajamouli and no longer Sekar Kammula. What I was most impress with Yamadonga is the Hong Kong style fight scenes. I simply just love it. The music is catchy and Tarak does a wonderful job acting and dancing (now, don't even start on the Bunny vs Tarak dancing because you know who is my pick!) The comedy scenes were hilarious, especially from the gorgeous, Mamta Mohandas. Although Priyamani didn't have a strong role, I just love her and felt her character's emotions.
I will need to do a full review later on.
Out of my top 5, Yamadonga is the only one I haven't reviewed yet!
Update - review here :D

Magadheera
Yes, two of S.S. Rajamouli's films made my top 5 list.
Should I even go and elaborate why I love Magadheera so much? If you follow me on Twitter, you would know my love for this film! Of course not everyone is going to agree with me on this. There are some that do not even like it. But it's okay. We all watch films for different reasons. However, you can *not* deny that Magadheera has turned many Bollywood fans into Tollywood fans :) Every time my 4-years-old niece comes over, she ask to watch Magadheera.
Details and reasons why I love Magadheera.
ApunBindaas Nicki at 3:50 PM 31 comments:

Cynthia tweeted me about it since she just received South Scope today. Therefore, I immediately went to ebay and ordered me the July issue, with Vikram on the cover. 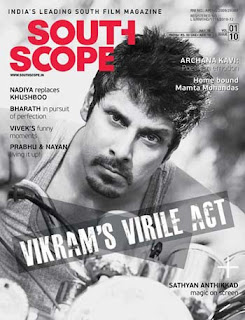 How I wish South Scope was available locally for me to purchase...or at least have a yearly subscription so I don't have to hunt for the latest issue on ebay.

One huge mistake that South Scope made is calling me Thai. I'm a Hmong Chick born in Thailand. When I was only 6-months-old, my parents took me to the USA so I really have no memories of Thailand. I posted this picture on Facebook since I love it so much. My parents and me. Dad holding me. Mom in traditional Hmong clothing. Mom told me I was only 2-months-old in the pic. Yes, I am the oldest child. 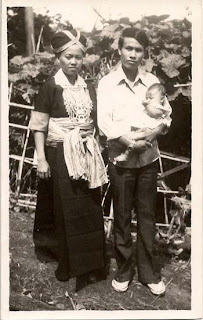 Regardless of the mistake, I am happy to be featured. I only wish my blog url would be on the page so readers would be able to visit my blog too.

South Scope took my mini-reviews that I wrote when I was sick, lol. The original post is here. I was extra happy to see my picture with my Bunny cake :) for my 2nd Blog birthday. The original pic found here. 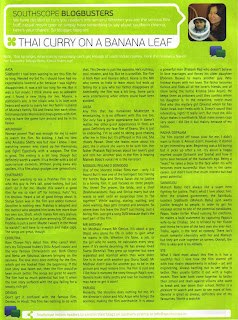 It's been a while since I've done a Tamil review, especially a non Surya, Maddy, or even Sneha film. I wish Tamil films were more accessible for me to watch (and the prices aren't as high, compared to Hindi and Telugu films, Tamil films are pricey).

Annie told me about Kadhalil Vizhunthen a while ago because of Nakul. This is the same Nakul from Boys! Seriously....look....

All I could say is Wow!! Nakul sure has grown up into a handsome man!

Then I saw the the song, "Naaka Mukka." I was blown away! On top of that song, Nakul even sings it. The dance moves are amazing! So many steps! I watched it at least 50 times before searching for the dvd!

And to make matters even more challenging...after getting my dvd, it's another case of dvd rot. Why, why, why?? (no wonder some people are thinking of getting rid of the dvds and do online streaming instead!)  Half-way through the film, the dvd stops playing. I was sooo upset, still am. I manage to finally find the movie online but no subs :(

Film starts off with Saba (Nakul) running away, pushing Meera (Sunaina) in a wheelchair. He carries her off on a train. He explains to the conductor about his situation and tells him about how both of them fell in love.

The beginning half is full of flashbacks about Saba's lifestyle, living in the slums with his drunk father and loves to play soccer. Later, he meets Meera in an accident. The love he has for her was so sweet. The reasons for loving her are priceless. It wasn't those love-at-first-sight or telling her "I love you" right away because she's gorgeous or anything. He was afraid to express his love for her. It was definitely a slow development of their love when she accepts.

The second half takes a completely different turn. The reasons for them running away totally blew me away and shocked me! It was very different from what I usually saw. It turned from a sweet, romantic beginning to a thrilling second half with the psycotic depressed Saba and a lifeless Meera.

Sunaina is very naturally beautiful. Her mother tongue is Telugu! She has a few Telugu films but seems like her Tamil films are doing much better and she's sticking to it (I don't blame her).

The songs are magical! Besides the awesomeness of the kothu song, "Naaka Mukka." There is even a female version. My favorite song has to be "Unn Thalai Mudi."

Gosh, I love this song so much, you have to watch it in action!!
Watch below.

Song #3 - "Solladi"
Saba follows Meera and watches her from afar

Song #4 - "Thozhiya"
Saba is in love with Meera

Song #7 - "Unakkena Naan"
Off to another adventure again

My fave part of the film. Since both Saba and Meera are motherless, Meera tells Saba that she knows her mother is watching over her all the time. She prays to her mother and will send a note to her mother in the balloon. Saba listens and does what she says.

For me, Kadhalil Vizhunthen was worth it. Because of the second half taking a different turn, it may not be for everyone. However, you never know unless you give it a try. The film is definitely worth it for "Naaka Mukka" alone!