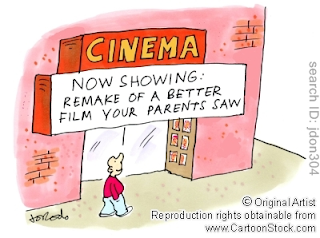 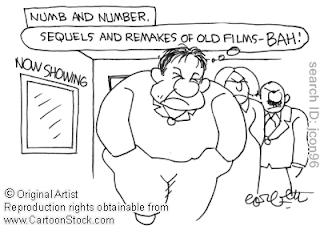 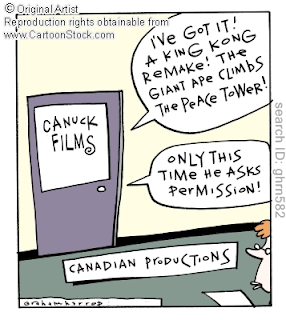 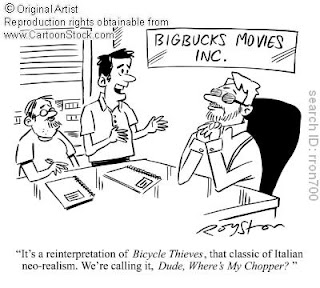 Maybe I shouldn't compare food and movies? Or with music? For some reason, when it comes to the entertainment world, it has more value, or territorial? Who is creative and such? I don't know.
Don't tell me you never thought about seeing a Telugu or Hindi version of a Hollywood movie before. You even thought about your dream cast to go along with it.
Wow, I've been ranting on and on again. Sorry for this post. I haven't done much "reviewing" lately. I was hoping to have a remake wish post again but instead did this rant :D
ApunBindaas Nicki at 12:16 PM 14 comments: 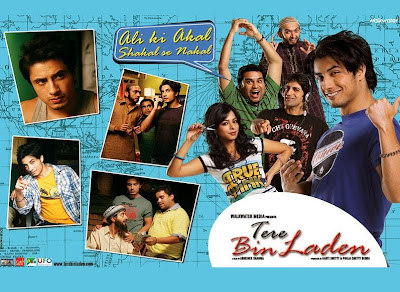 I am eagerly waiting for his next film, Mere Brother Ki Dulhan. It is produced by Aditya Chopra. It also stars Imran Khan and Katrina Kaif. The only sad part is Ali is just a supporting cast. I am happy for him but at the same time, sad because if he's in a supporting cast in a bigger budget film, it means that he may be cast as that for most of his other roles :( I hope not!
ApunBindaas Nicki at 11:12 AM 8 comments:

Emraan Hashmi - one of my favorite actors & most underrated actor in India!

I am not shy expressing my pyaar for Emraan. I think he is the most underrated actor in India.

So, obviously, I'm sick and tired of reading the crap written about him. Yes, everyone has different opinions but to just dismiss him and label him as the "kissing king" due to what others have said about him? But lately, you see more and more kissing, so what's the big deal?

Whatever. Get your own mind. Watch a few of his films and decide for yourself. I've said it before. You cannot judge an actor by a few films. Imagine watching Shahrukh only in his earlier flop films, such as King Uncle, Chamatkar, Maya Memsaab, etc. Now, I'm not saying that these films are bad or good. I'm just saying you will have a certain impression of him already.

Maybe cause Emraan is part of the Bhatt's clan and not part of the Johar's or Chopra's that people do not really care to seek his films?

I personally love the Bhatt's. IMO, they have the best soundtrack featured in their films! Even if the movie is a hit or miss, you will be humming and singing a long. You don't need an item number or cool dance steps to hype up the movie. I do admit that a lot of Bhatt films have taken inspiration from others. Ahem, remakes? Not necessarily. I've seen a lot of the original films but I like the Bollywood version much better.

Back to Emraan. I've adored him since his debut film, Footpath.
Now I originally watched it for Bipasha because she is my absolute favorite, if you didn't know :)
But after watching it, I wanted to see more of Emraan. This guy is too damn good.

Since then, I've been following his films, watching each and every one. The film that got me loving him more,  proclaiming my love, and declaring him as my favorite actor (besides the Khan's) is Awarapan.

I have listed Awarapan as one of the most underrated films in 2007.
It is my favorite film and acting of Emraan.

Yes, I know that Awarapan is a "remake" of the Korean movie, A Bittersweet Life. I have seen the Korean version and trust me, the Bollywood version, I liked much more. And no, I'm not saying that because of Emraan. The Korean version stars my favorite Korean actor, Lee Byun Hun. I didn't mention in my mini-review of Awarapan what I loved more about it than the Korean version. Therefore, I will briefly say why. I liked that Awarapan had a backstory (which was added in to this version) to the main character and made me wonder why he is the way he is. That story and Emraan's acting made me love him even more!

In 2010,  Once Upon A Time in Mumbai is on my top 5 list of my favorite movies in 2010. Even though Crook wasn't a great movie, I love the "twist" at the end. OMG, the soundtrack is off the hook. I listen to it non stop. It has the perfect mix of R&B flavors for my liking.

I was posting about modern Bollywood and Emraan hit it right on with Dil Toh Bachcha Hai Ji for 2011, for me. It has the right amount of moderness mix in with a great story telling of all three guys. It's a bit rom-com for Emraan, which makes me like it even more since most of his other films aren't like that!

I freaking love Emraan Hashmi. He's talented, good looking, and have a nice body. What more can I ask for? :D
ApunBindaas Nicki at 2:02 PM 11 comments:

It all started when....Dil Bert wrote this in the Manmadan Ambu thread....

"Was it just me or does Sangeetha look a bit like Apunbindass?"

Whatcha think? Does she Sangeetha and I resemble each other?

Not only has this been a first time for a celebrity lookalike for me, but also cause I've never seen anything of Sangeetha that really made me wonder, hehehe.

A few of my Twitter buddies have told me that it's mainly in Manmadan Ambu cause Sangeetha is made to be hip and modern...and that we have the same hairstyle.

Whatever the case may be, I have to go get my hands on this movie :D

So I did some asking around to get others opinions. I felt like a telemarketer for a minute.

The funny part is that people who only know me online, meaning have never met me and only seen me in pictures, 4 out of 5 of them says, yes, Sangeetha and I resemble each other.

While my close friends and family all said no; however, Sangeetha and I both have same facial structure and cheek bones but that's about it.

I even asked those who have met me several times and they even indicated that I look like Sangeetha in some stills that were found online.

So maybe it's just some photos? But then again, I have not seen any of her films.

Especially these photos...that has come up several times....

One of my childhood girlfriends said to me that it's just the certain angles that Sangeetha and I resemble each other but overall, she would not say that we look alike.

Whatever the case may be, I am flattered to finally have a celebrity lookalike :D

And for those who haven't told me that either I resemble Sangeetha or not...what do you think? I'm sure many of you have seen my photos already but here are some that have already been posted on my other blogs... 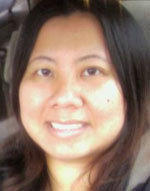 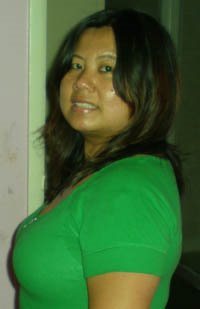 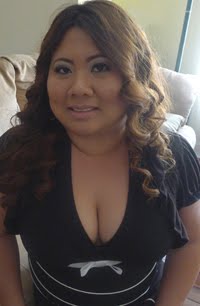 So...is Sangeetha my celebrity lookalike?
ApunBindaas Nicki at 10:58 AM No comments:

April 8th is the day my #1 hottie was born.
It is no secret that I absolutely loooooove him.

2011 is a special year for Bunny since he became a groom.

Now, I'm just eagerly waiting for Baadnirath to release in theater (and hopefully with subs).
Bunny is total hotness and very yummilicious in the stills.
That pose.  The stance.  The long hair. The badass look. The bod.
That's what made me drool for him in the first place.

Oh yeah, when in the heck is the official dvd of Vedam going to release?
Seriously! I don't want any bootleg dvd or any dubbed ones.

ApunBindaas Nicki at 12:54 PM No comments: