After the Twitter chit chat, I decided to create my top 5 Telugu films. On Twitter, I listed my top 3 but said I couldn't do a top 5 yet. It was hard. I stopped at 5 because there is no way I could've done a top 10.

I love Telugu films for many different reasons, part of it where I stated on Why I love South Indian films.

My top 5 Telugu films are probably different from everyone else's. If someone has the exact 5 films in that order, please let me know because I think I found my long, lost twin :D

My list includes films that I re-watch many times and the success rate of me showing my friends to fall for Tollywood :D 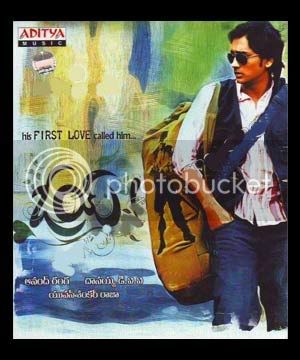 Oye
I ain't gonna lie. Almost everyone of Sid's films are good. Just thinking about it, ranking Sid's movies would be really challenging for me! I love them all for many different reasons.  However, Oye is just something special. For the first time in Indian cinema history (to me), I found a film when the hero loves the heroine for exactly the who she is. She was an average natural looking, non glamorous, sassy girl who didn't have to change who she was. The hero had to impress her!
Details and reasons why I love Oye. 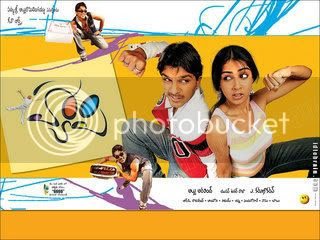 Happy
My top 5 would be incomplete without an Allu Arjun film! He is my all-time fave hottie for a reason. Although I loved his looks in other films (ahem Desamuduru), Happy is the one that made me re-watch over and over! It is also my 13-years-old niece's fave Tollywood film :) I just simply love Bunny's character in the film. I love silly, goofy guys with a kind heart. On top of that, it's Bunny! I can go on and on why I love Bunny, but I won't...well, just not on this post. I love storylines that has the two leads "hating" each other then falling in love :D
Details and reasons why I love Happy (even though it's an old review, maybe I should do another one???)

Anand
Sekar Kammula is one of my favorite directors. Kamalinee Mukherjee is my favorite South Indian actress. Raja is a cutie-pie and adorable. Music is great. What else? I love how the two leads slowly fell for each other by getting to know each other. Just go watch it.
Details and reasons why I love Anand. 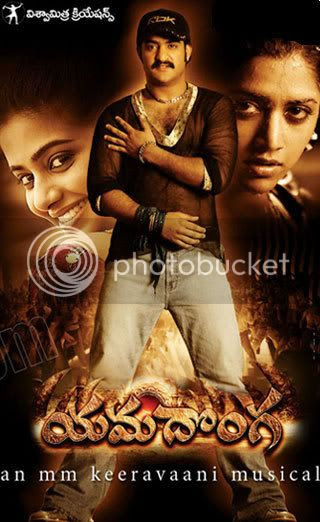 Yamadonga
First of all, I confessed on Twitter that my favorite director is now S.S. Rajamouli and no longer Sekar Kammula. What I was most impress with Yamadonga is the Hong Kong style fight scenes. I simply just love it. The music is catchy and Tarak does a wonderful job acting and dancing (now, don't even start on the Bunny vs Tarak dancing because you know who is my pick!) The comedy scenes were hilarious, especially from the gorgeous, Mamta Mohandas. Although Priyamani didn't have a strong role, I just love her and felt her character's emotions.
I will need to do a full review later on.
Out of my top 5, Yamadonga is the only one I haven't reviewed yet!
Update - review here :D Magadheera
Yes, two of S.S. Rajamouli's films made my top 5 list.
Should I even go and elaborate why I love Magadheera so much? If you follow me on Twitter, you would know my love for this film! Of course not everyone is going to agree with me on this. There are some that do not even like it. But it's okay. We all watch films for different reasons. However, you can *not* deny that Magadheera has turned many Bollywood fans into Tollywood fans :) Every time my 4-years-old niece comes over, she ask to watch Magadheera.
Details and reasons why I love Magadheera.
ApunBindaas Nicki at 3:50 PM

Good post Nicki- keeps the rest of us clued in as to what to watch!

wow!! I just started to watch telugu movies since last year...The one u listed 4/5 are my favourite obsessed movies...Thanks for sharing...

Out of the 5 listed here I have only seen Anand. Waiting for a good DVD copy of Oye and Magadheera.

plaease suggest everyone some mahesh movies for everyone nicki garu :D

Yay, Yamadonga is on the list ;D
Mine list... Impossible to create. Just too muh movies would be there.
Vinajy, Nicky saw all of them :)

Hey Louella , i have commented on new releases post in ur blog check it :)

I've seen Happy, Yamadonga and Magadheera! & I was just looking into Oye! on a soundtrack site/Bhavani and decided to wander to your blog to get some recommendations for my order. Thanks for the top 5! ;)

Don't think I've seen any of these, I am so behind on my SI film-watching.

I'm glad to see Happy on your list. That is one of my top guilty-pleasure films; I laughed when you said it's a 13-year-old's favorite. I love that film and am not ashamed! haha :)

Can you believe I have not yet watched Oy? Its inclusion on your list makes me think I need to get watching it! I even own the DVD. :)

I have Happy on DVD but have been unable to finish it ..sorry to say, Nicki, I'm afraid I haven't felt the kind of love you folks feel for Allu Arjun. Yet, at least. Maybe one day.

But the picks of yours I've seen, I can rather agree with. I also love Oye (and should rewatch it!). You're right, I love how the boy for once has to improve himself to appeal to the girl. :)

:D My top 5 would be very heavy on Bunny films! I would include Arya2 and JVAS in my list, but MAGADHEERA, Yamadonga and Happy would all be there too! Its so hard to choose though. Ready is another fave and its inpossible to pick a Mahesh film - they are all too good. And that's not even starting on the many other excellent films by Siddharth, Prabhas etc! Well done for managing to pick 5!!

my fav telugu films are
1.athadu

5.kushi\happy(donno to choose between them)

ur list is good.i like all d flims among the list,oh i'm sayin' this only bcoz yamadonga is good but i hate ntr rather due to his arrogance n pride than his acting skills

nice movie have to add few more movies in that least. like Okkadu, Nuv Naku Nachav. check it out more Telugu movies on Telugu cinema

hat is one of my top guilty-pleasure films; I laughed when you said it's a 13-year-old's favorite. I love that film and am not ashamed! haha :)

your site gives the best and the most interesting information. This is just the kind of information that i had been looking for
fidaa trailer
bahubali 2 total collection till today

Great Blog!! That was amazing. Your thought processing is wonderful. The way you tell the thing is awesome.
litekaka
tollywood latest news

Great Blog!! That was amazing. Your thought processing is wonderful. The way you tell the thing is awesome.
litekaka
lite kaka

Hi Amazing Post!!! I like this website so much it's really awesome. Nice information About latest telugu movie updates.Thanks for sharing good information with beautiful images.I hope you will be posting more like this beautiful posts.
All the best