Saawariya - Beloved by who? 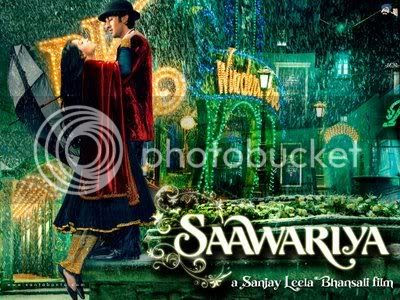 Saawariya is an adaptation of the Russian short story - "White Nights" by Fyodor Dostoevsky. In the beginning of the movie, Gulaab (Rani Mukherji) narrates the story of a musician name Raj (Ranbir Kapoor) who she calls Saawariya. She is smitten by Raj because of his cute, adorable, naive nature but only wants to befriend him. When Raj sees Sakina (Sonam Kapoor) on a bridge, he falls head over heels for her. Sakina loves Raj's company but her heart belongs to Imaan (Salman Khan) who she awaits nightly for at the bridge. However, it's been years since Imaan has left. The more time she spends with Raj, she is falling for him. Will Imaan ever come back or will she fall in love with Raj? 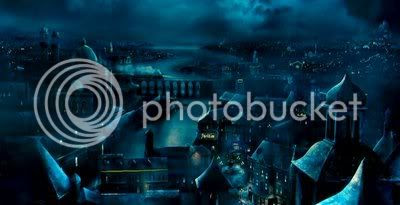 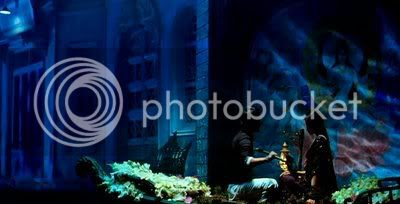 From the promos, Saawariya looks so beautiful and dreamy. Everything about it seems like a fantasy world. Sanjay Lee Bansali is a well known director/producer who has given hits and/or critically acclaim films such as Khamoshi - The Musical, Hum Dil De Chuke Sanam, Devdas, and Black. Therefore, Saawariya has been a highly anticipated film of 2007. 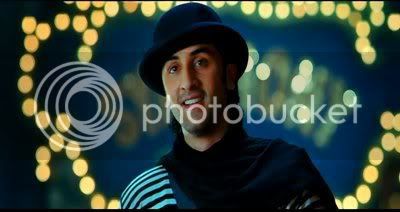 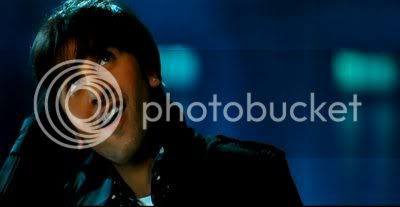 Another reason why people would want to see the film is to see the debuts films of Ranbir Kapoor and Sonam Kapoor? Why? Rishi Kapoor's son - Ranbir. Anil Kapoor's daughter - Sonam. Rishi and Anil are both well known established stars earlier in their career and both still act today. 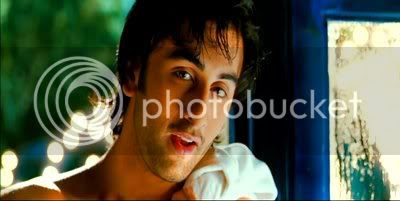 At first glance, Ranbir looks dorky and nerdy. But when you watch him on screen more, you start to adore him because of his sweet presence. Besides his smooth dancing (which reminds me of Hrithik Roshan - could just be the dance moves), he has a nice physique. 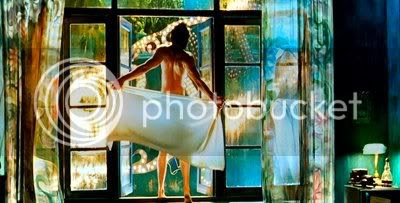 I saw Saawariya on the big screen when it first came out. For some reason, the scene where the towel drops off, you can see his bare butt (nice too, by the ways) - it was cut out from the official dvd. Not that it really makes a big difference to the film but just something worth noting. 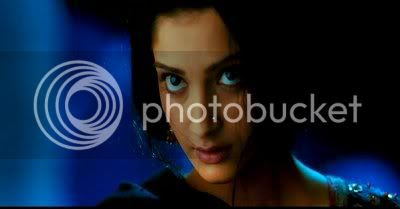 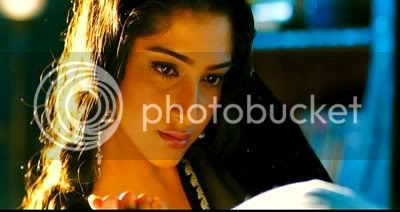 From pictures, Sonam reminded me of Sonali Bendre and at times, Katrina Kaif and even Dia Mirza. She is so lovely and beautiful. Her character is quite boring and laughs a lot. I was very disappointed because I wanted to see her do more than look pretty. Since this is her debut film, I'll wait to see her future films. I think every star is likeable if you give them a chance, there will be at least one film you will enjoy them in. 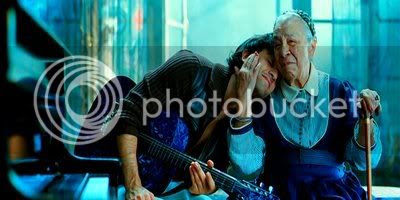 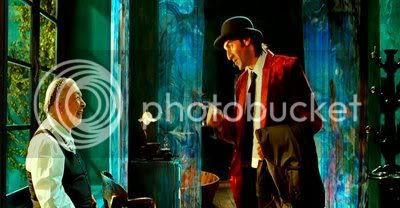 Lillipop was soooooo adorable - I just wanted to give her a hug. It was great to see Zohra Sehgal on screen again. Most people will remember her from Kabhi Kushi Kabhie Gham. I love her chemistry with Raj (Ranbir Kapoor). 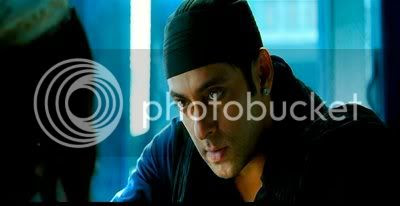 I love Salman Khan. He's always been one of my all time favorites. Love him or hate him, he's has made his marked with Bollywood long ago. I still find him handsome. Hey, I met the guy before - he really is good looking! In addition, he's sweet! In Saawariya, he fit the role so well. Imaan is a tough, silent, good looking guy which Salman portrays perfectly! His role was short but you can see why Sakina (Sonam Kapoor) would fall for a guy like him. She's so innocent and naïve which makes her want to be loved. 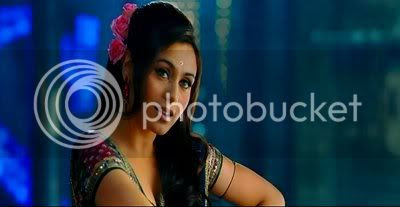 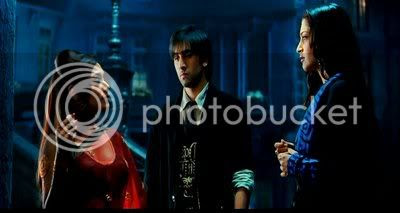 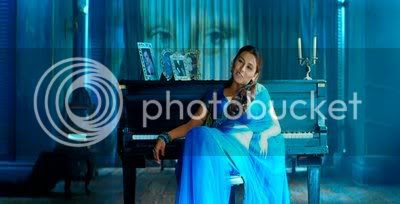 I have to say that Rani Mukherjee is the best thing about the movie. Not only does she look lovely, she brings an extra aroma. I love her her outfits. I'm glad to see her in Saawariya after a long hiatus of boring roles for her. 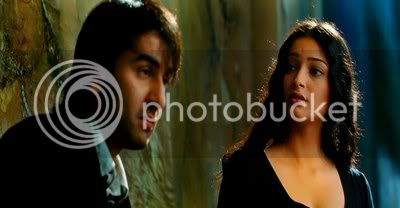 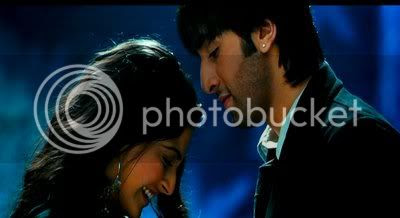 Ranbir and Sonam definitely look really cute together on screen. I rather see them together as a couple in real life than Ranbir and Deepika (sorry Deepika fans, I just think Ranbir look better with Sonam). 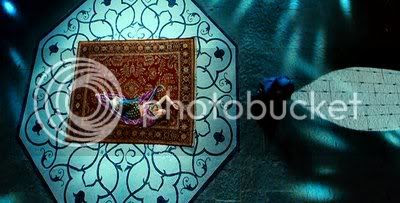 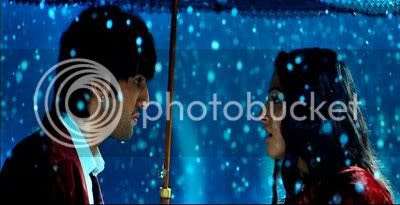 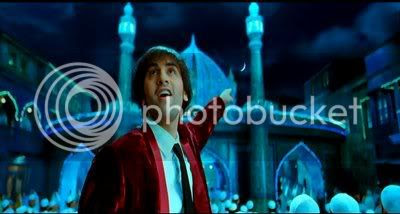 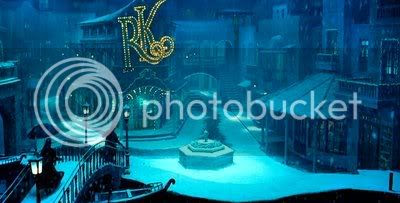 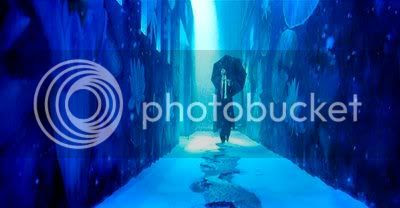 The movie is beautiful, no doubt. I don't know if I would recommend Saawariya to a newbie. I can not tress how beautifully stunning the colors of the movie is. I'm not totally satisfied with Saawariya. I felt the movie was too long for a weak storyline. Saawariya is definitely worth a watch but don't have high expectations.
ApunBindaas Nicki at 1:58 PM

Have you seen The New World, the Terrence Malik flick about Pocahontas? It was another film that was all beautiful shots and very little exposition, and I loved it. At least, I think they might bear a resemblance in their execution, but I haven't seen Saawariya yet. I just added it to my Netflix queue before visiting your blog, oddly enough. Great post and beautiful screencaps!

Also, I bought the DVD and couldn't believe they edited out Ranbir's butt. I mean, you're right, its not a big deal (I'm more of a sucker for a smile--a man doesn't need to flaunt his assets to impress me, LOL), but it was still odd that they would edit it out. Wonder why? Anyways, I thought I was going crazy (did I just imagine seeing his butt in the theater?)or my DVD skipped or something. Glad to know I wasn't the only one!

Saawariya was a beautiful film. I appreciated it much more the second time around.

How can I miss these comments? Sorry so late.

ajnabi - No, I haven't seen The New World. I like Pocahontas too. Thanks so much for the kind words.

Nida - I'm glad I'm not the only one who thinks that about Sonam and Katrina. Wow! You saw it in the theater too? Yeah, Ranbir's nice butt scene got cut out from the dvd, lol.

It is so gorgeous. I want to grab frames from it and decorate my room with them! (Unless I'm using SLB's Devdas instead. The man makes purty movies.)

A theory about SLB - where does Saawariya take place? (I'd say a snow globe.) It is in India, but it feels Russian at times, and when does it take place? No cell phones.

I loved Salman in this - I expected not to like him at first (this was one of the first movies I saw - first 10 or 20) because of his rep, but I haven't seen the over muscled shirtless ones yet. (just HDDCS, Andaz Apna Apna, SEI, KKHH, and CCCC - where Priety's character says he's the guy with the eyes - that's when I knew what I loved about his face. His eyes.)

Anyway - I think SLB's films take place in their own world. The timing of Devdas - they're isolated. HDDCS - modern Hungitaly, but Salman must walk through the desert to get there and walk back. Better dramatic shots, but the first part of HDDCS could be from 100, 200, 300 years ago. Black - when does it take place? Why an Anglo family? Why English?

I think SLB creates his own beautiful worlds for each film, and Saawariya confirmed that.

Kaitlyn - wow, I love your insight on SLB's films. Awesome!!! I think I need to review more of Salman's films because I adored him a lot back in the days. I still like him but not as much.

Totally agree that Saawariya has its own specialness.