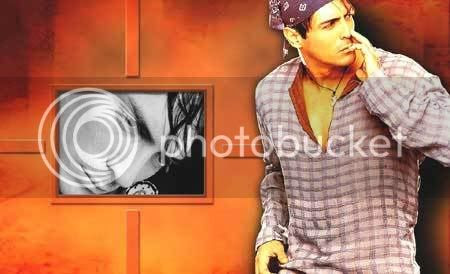 First of all, I would like to say that this event happened on Saturday, October 1st, 2005. Yes, it was a few years ago but I wanted to share this on Blogspot since several people have asked me about it. Therefore, I decided to post it on Blogspot to share with them and others too.
Sorry, had to tag pics that were taken by me....
It's no surprise that I love Bollywood and one of my crushes is Arjun Rampal. At that time, I have never been to any Bollywood concerts. (I went to Rockstars concert in May 2006 - will blog about that later - actually did - read it here) This event wasn't exactly a concert but Arjun coming to Atlanta for garba. Heck yeah! I'm there!!! 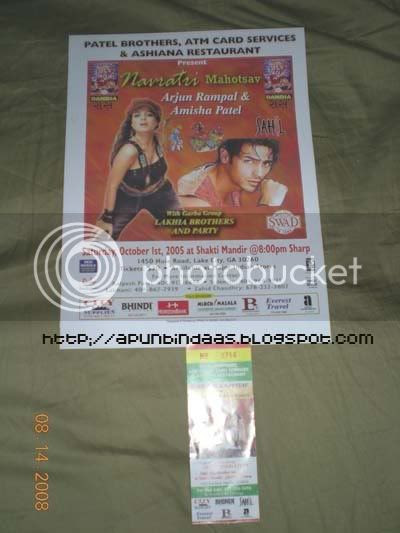 Here is the poster of the event. I didn't know about Chunkey Pandey being there because he wasn't on the flyer. I wish I knew! I would've made a poster for him to sign too since I liked him from the 90s. (just updated with flyer and ticket, was too lazy to scan, sorry) 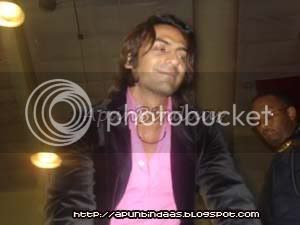 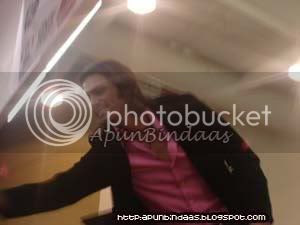 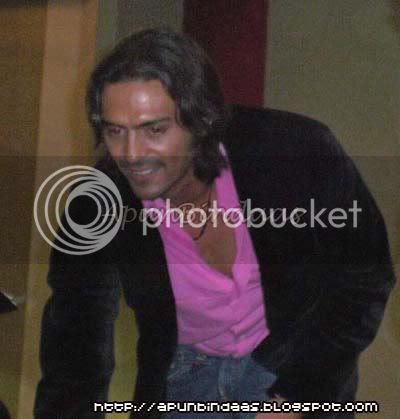 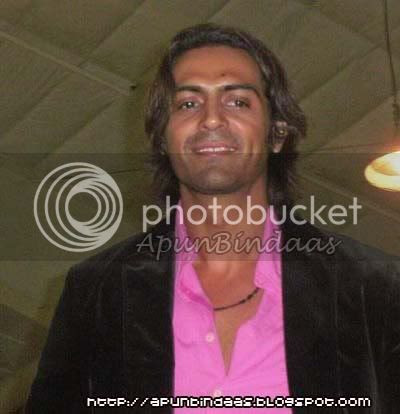 Arjun was a sweetheart. He was on the stage and enteracted to us fangirls. He came over and signed autographs for my friend and me. I had made two posters and he signed both. One of them I used pictures from the Atlanta Temptation 2004 concert. He asked if I made it and I said yes. So cute!

My daughter came with me and was wearing a pink lehenga. Arjun took her on stage to dance with him. 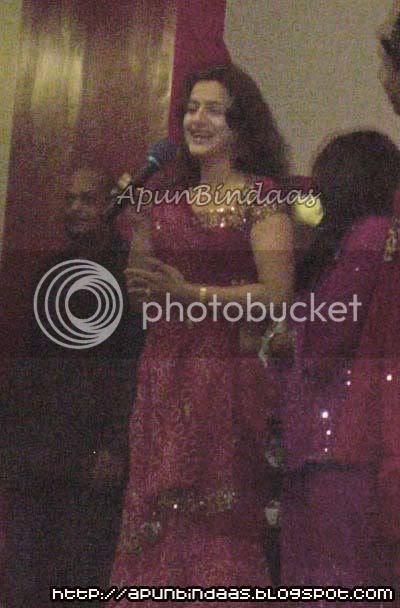 Amisha was there too but she was quiet, shy, stuck-up, whatever you want to call it. She was just there in the background. I was trying to signal her to come over but she wouldn't. The sponsor came up to me and took my poster for Amisha to sign and she did. After that (non)interaction, I actually gave the poster to one of my friends who is a die-hard Amisha fan. 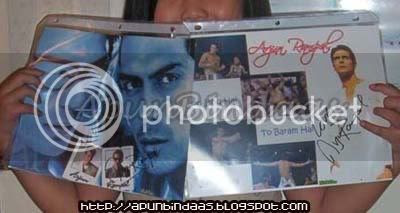 So there are the autographs from Arjun....I will always remember the event.....sorry it's not detailed but no one performed. The celebs just came to show up for the garba event. Arjun did mention that Atlanta will always remain special to his heart because it's where he did his first concert. Atlanta was the first city that the Heart Throbs concert in 2002 with Hrithik Roshan, Kareena Kapoor, Karisma Kapoor, and Aftab Shivadasani launched off.
ApunBindaas Nicki at 9:28 AM

Thanks for sharing this! Its good to hear Arjun was really "fan friendly"...too bad about Amisha, though. I haven't seen any one of her films yet but she just irritates me for some reason. Perhaps I'll change my opinion when I see one of her movies.

Wow you saw him in person! Does he look as good off screen?

nida - You're very welcome. I have two more encounters to share and hope to do it in the next few days. I'm in a love/hate relationship with Amisha. Sometimes I really like her, sometimes I don't. Her acting is zig -zag like that too.

bollyviewer - Yes, saw him in person. Well, I saw him when he had long hair and started looking skinny. Wish I saw him during the concert times cause he looked hot but at garba, he was just alright, not as hot as usual. Could just be that night.

Good job with the autographed materials! It's interesting that Amisha signed the poster too. I really liked her in Mangal Pandey (and to some extent in Bhool Bhulaiyya), because these were the roles that I thought were structured around her strengths.

Thank you for sharing this. Will look forward to your notes on other Bollywood celebrity encounters!

theBollywoodFan - Thanks so much! I hope to write the other two encounters in a few days. I'm so lazy lately.

As for Amisha, I agree with you on the performances. I would like to add Ankahee too, which I thought she did a good job. I just don't think Amisha is a consistent actress.

Oh my gosh, I am so totally jealous! That looks like a great time.

ajnabi - maybe next time you could come to Atlanta and we go to a Desi event together? :)

Excellent Nicki!
How cool! I sometimes watch those supplemental dics that come with the movies, and I recall seeing Amish Patel at a premier, maybe it was in the Mughal-e-Azam colorization premier? Anyway, she appeared just as you described, and it made me wonder about her manners.

sita-ji - Garba was great. My only experience with garba and seeing Arjun, hehehe. Wow, thanks for the tidbit about Amisha. I know when I posted opinion on Amisha a few years ago...the Amisha fans were so mad at me! Hahaha. I know that when I was at Garba, the people around me thought the same thing - what's up with Amisha - why is she like that - you're a celeb and came to garba and no fan interaction?

Ahh sorry about Amisha's part, I think stars are moody so you don't always catch them in the right mood. I've heard a lot about her being fan-friendly from others' encounters so this came as a surprise.

Anyway, she looks pretty. Do you have anymore pics of her from the event?

Nida - I'd recommend Humraaz, the movie's awesome although the climax is too 'Bollywood'ish. :P

Abdulrahman - no, that's all the pics of Amisha that I have. I have a few more Arjun pics though.

Thanks for sharing dear..He is always hot but in this pics he looks kinda exhausted and older..:(..Anyhow love him to bits..;)