Continuation of my mini-reviews pt 1

These are some Telugu films I've seen (that I could remember :D )

Story about a Hindu girl, Lakshmi(Bindu Madhavi), and a Muslim guy, Akbar (Kamal Kamaraju) falling in love. Lakshi's father hates Muslims because of his past experience. Lakshmi's family move to the village after losing everything and ends up making pickled mangoes to make money. Akbar is an orphan and a rickshaw driver.

Storyline is nothing new but I mainly saw this film because the producer is Sekar Kammula who I adore. What I did like about the film is the two leads. It was great to see two new faces and took place in a village. There is gorgeous cinematography. I just loved how everything flowed together, just a good-feel film for me :D 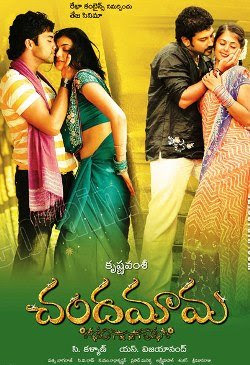 Mahalakshmi (Kajal Agarwal) has an arranged marriage with Dhorababu (Siva Balaji). He is the sweetest guy that you've ever met. Therefore, Mahalakshmi has to tell him the truth of her past. She once loved a guy name Kishore (Navdeep) but he wasn't interested in marrying her and had cheated her. Since Dhorababu deserves better, she thought she would tell him the truth. Learning this, Dhorababu seeks to find Kishore. He learns that Kishore and Mahalaxmi had a misunderstanding and that Kishore still love Mahalaxmi. Dhorababu want to unite the two lovers. In the process, Mahalaxmi's childhood friend, Rani (Sindhu Menon) ends up falling for Dhorababu. 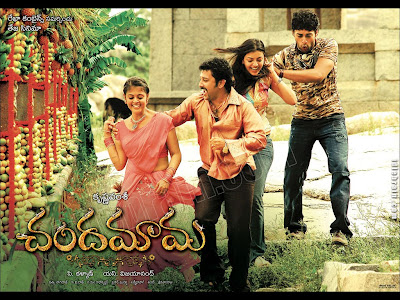 It is a fun film. It gives you the same feel as Ashta Chamma. However, it is not as good. What Chandamama lacked were adorable couples.

Kishore was a selfish prankster. Mahalaxmi was a bit flaky and annoyed the heck out of me. I really didn't care whether or not they got together or not. What I do love is Dhorababu! Why do the girls always like the jerks?

I couldn't believe that this Siva was the same guy in Aarya who played the annoying Ajay! How funny that both Shiva and Navdeep played Ajay :D I absolutely looooved Siva. He reminded me of a moustached Surya back in his earlier films. Navdeep is a cutie but he tried a bit too hard to be funny and slick in his role, which didn't make me like him anymore. I have yet to find a role of Kajal's that I really liked. I don't really have a problem with her, it's the roles that she chooses. Sindhu cracked me up in her short role.

Overall, worth a watch! 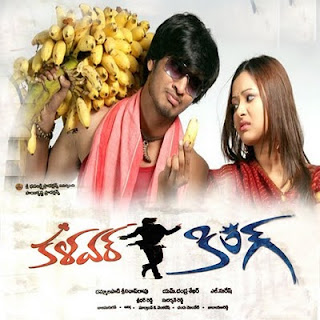 There were cute moments and Nikhil was cute dancing but other than that,. Not really worth watching. It was good to see him after Happy Days. I mainly watched it for Swetha but she looked really bad in the film. Nothing like how she was in her Telugu debut film, Kotha Bangaru Lokam. 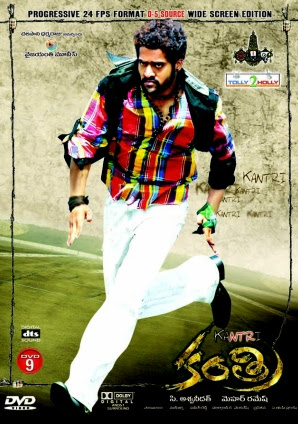 The orphan Kantri (NTR JR) is fearless but helps out the orphanage since he can understand the pain. He later joins forces with the don Pothu Raju (Prakash Raj) only to find out that he is the long lost son to the don. 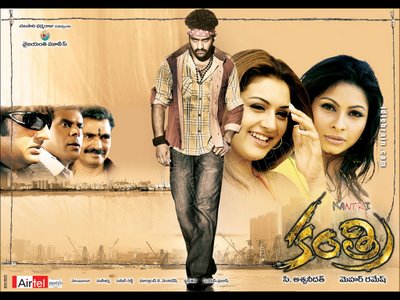 The film has a lot of twists and the love story between Kantri and Varalakshmi (Hansika Motwani) and Priya (Tanisha Mukherjee) was only a backdrop. It added to more of the confusion. I didn't really care for the romances at all. Varalakshmi was really annoying and whiny. I preferred Priya's personality.

Overall, I did enjoy the conness of Kantri. He was smooth and slick, loved his thorough plan and twisted things around with Pothu Raju. Again, I looooove NTR Jr's voice and always a pleasure to see him dance!

ACP Bose (Jagapati Babu) is ah honest and sincere police officer who is happily married and lives with his parents and younger brother Chandu (Gopichand). Chandu and Indu (Anushka) are college students and fall in love with each other. Villian Section Shankar (Yashpal Sharma) kills anyone who comes in his way and does not leave any evidence or witness behind. With the help of a backstabbing police officer and politian, he takes loans from the bank and blames it on Bose. Everyone turns on Bose. Chandu does his best to prove to everyone that his brother is not crooked.

Worth a watch! Some scenes were slow but overall, it's a good film. I liked the fact that I was able to see Gopichand in a lead role instead of the supporting cast or a villian. The beginning was focused a little too much on the love angle but glad it didn't take that long for the storyline to kick in. I do think how they met was cute and fun. Anuksha reminds me so much of one of my favorite 80s Bollywood actress, Poonam Dhillon. 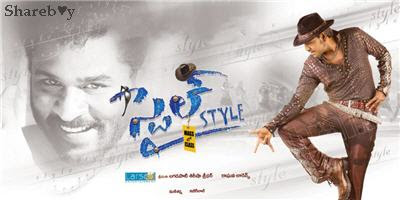 Ganesh (Prabhu Deva) is one of the best dancers ever. This causes his rival, Anthony to become jealous. A tragic accident has caused Ganesh to lose both of his legs. With the encouragement of his loving sister, Priya (Kamalinee Mukherjee), he looks for another dancer who could train since dancing is his passion. Raghava (Raghava Lawrence) loves dancing but works cleaning up in a dance school in Vizag along with his four friends. No one ever recognizes his talent. Ganesh sees the dancing potential of Raghava and his friends on tv and wants to train them to compete with Anthony in the dance competition.

This is what I call fun! I loooooved this film. That's what you get for putting two of the best choreographers from India in one film -- Prabhu Deva & Lawrence! OMFG! From the beginning, I was hooked. Sure, the ending could've been done better but I am easy to overlook stuff like that.

The starcast is huge itself. Well, to me, that is. Kamalinee Mukherjee is one of my favorite actresses. Then add in Charmy and Raja too. I loved it! The dancing was top-notch.

Admittedly, I have to say that Style could possibly be in my top 10 films. I mean if you have a film about dancing, this is it!

PS - I'm starting to have a slight inexplicable crush on Lawrence. I need to seek more of his films.
ApunBindaas Nicki at 3:56 PM

I'm so glad you loved Style!! Such a totally fun film, and OMG the dances were amazing. I need to pop that out and rewatch it!

You probably know this already, but Chandamama has a Tamil version/remake with Navdeep and some other girl (not Kajal), which might be a better watch. It's got a funny name, Aa aa Ee ee or something along those lines. I haven't seen it, and debating whether I should because I will probably miss the "other" couple, which was the best part of the movie for me too! :) And Navdeep chanelling his inner Allu Arjun in this role would probably annoy me just as much in Tamil as it did in Telugu, but one day when I run out of films, I might give it a shot :)

On another note, happy to fully agree with you on Hansika's annoyingness in Kantri. Ugh ugh ugh!!!
Maybe that's why I like Lakshyam a million times better. Such a breath of fresh air to not have to see Hansika's face :D And Gopi looks so ridiculously hot in that first scene in Lakshyam, that the movie was already a winner for me before the plot even unfolded. :D

Dolce - yeah, I think I will hold off on the Telugu version of Chandamama :( I got to see Navdeep in something else. He's so cute that I have to give him another chance :D

I liked Hansika a lot in Maksa, which I did a mini-review in Ram's post. Her character in Kranti was so cringe-worthy!

Lakshyam was cute and different. I was happy to see Gopi as a lead man!

Click Here to Get 169 issues of Chandamama magazine on Disc