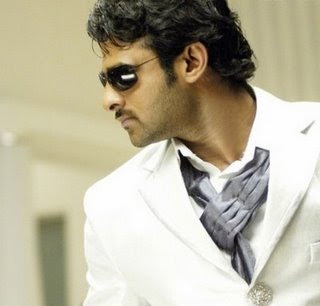 Prabhas has a huge fan following online. I think he's attractive, a badass, and a decent actor...but with all that said, he doesn't do anything for me in the drool department.

Now, don't get me wrong. There were a couple of times, I was like..."dang, Prabhas is fine as heck!" But then after that split second, I went back to "I will always love Bunny! No one is as hot as my Bunny!"

I haven't seen all of Prabhas films but have seen a handful, enough for me to know if he's drool worthy or not. However, I do enjoy seeing him on screen.

Interesting enough, I have never done a full review on any of Prabhas's films but also a mini-review of Chatrapati too. 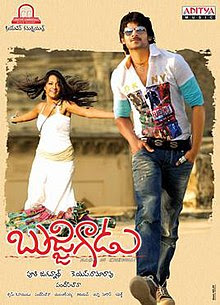 Every 12 years, a girl from a traditional family should dance in the Shiva Temple on pournami (full moon night) because long ago, there was once a drought in the village.

When it's time for Pournami (Trisha Krishnan) to dance, she ends up missing. Since then, her father never taught Chandra (Charmy Kaur) the dance.

Siva (Prabhas) comes to village to try to get Chandra to learn the dance. But why? 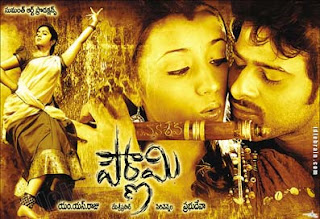 Thank goodness the dancing was done by Charmy! I think she is an underrated dancer and justifies it! Trisha is an average dancer and looks cute on screen but no way would I rank her with Charmy! Trisha wasn't in the film as much as I thought but did well in her part. Prabhas was good. The cinematography was beautiful!

Definitely worth a watch, especially for the songs, but not one of my favorites. 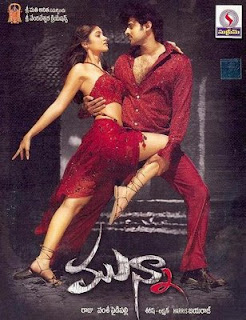 Munna (Prabhas) is an orphan who ends up going to college to better his life. Everyone at school is scared of the son of Kakha (Prakash Raj) because Kakha is the fearful don. No one has ever thought to stand up to him. People start to respect Munna and go to him for advice. 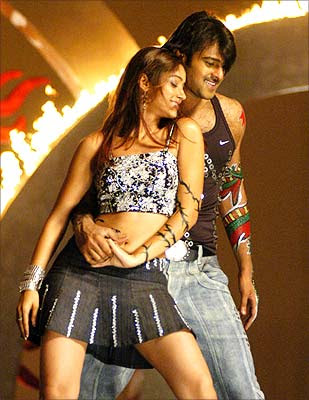 My favorite Prabhas film! Even my hubby likes it. One night I was watching it and hubby came to watch beginning to the Intermission but ended up going somewhere. He asked me for the next few nights to turn on the Telugu film with the badass guy and cute girl :D so he could finish watching it.

I love the songs, mainly because I enjoy watching them. Prabhas looks his finest ever! I love him with the straight hair and the clothing style is just right on him. Even though Ileana was mainly there to look good and shows off her curves, her screen presence added oomph. Adding Shriya Saran in an item song is an extra treat.

What I found interesting about Munna is that Prabhas help direct it.
Prabhas, please help direct more movies because Munna is my favorite film of yours!

Bujji (Prabhas) and Chitti (Trisha Krishnan) are childhood friends who separated due to a misunderstanding. Chitti ask Bujji not to meet up after 12 years.

Bujji is a huge fan of Rajnikanth and even goes by that alias name. Bujji is assigned to kill Sivanna (Mohan Babu), who happens to be Chitti's brother but doesn't know it yet. 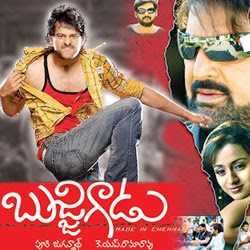 Overall, the film is not bad. My problem with the film is the beginning...I found it very childish for a stupid misunderstanding to cause someone not to talk to each other. Not only that, why would you even be so much in love with that other person after selfishly making that statement? Urgh. Overlooking all of that, I love the story of Bujji. I would have been happier if Chitti wasn't in the film cause she's a spoiled, annoying brat. Lemme have the other Chitii (Mumaith Khan)!!

Prabhas looks really good in the film. I am sucker for 6-pack abs :D who does a wonderful job at dancing too. Trisha is stylish but has too much makeup. She is naturally pretty so didn't need to look caked-up. 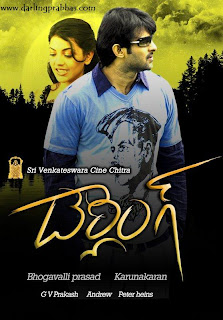 Nisha (Shradhdha Das), daughter of local don (Mukesh Rishi), is in love with Prabha (Prabhas) and only wants to marry him. Nisha's father forces Prabha to marry his daughter until Prabha tells a fictional tale about Nandini and his love. However, in reality, Prabha is in love with his childhood friend, Nandini (Kajal Aggawal) but have not seen each other for almost two decades. His reunion with Nandini is coming up so he has to see if she feels the same about him. 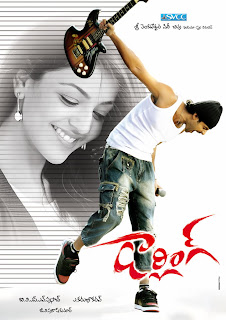 The beginning half of the film bored me because the clothing on Prabhas were horrendous! Whoever the stylist is needs to be fired! Urgh. Thank goodness it wasn't throughout the film but I kept looking at how awful the outfits were instead of focusing on the dancing and songs.

I do have to point out that the bridge scene in the beginning when Nandini falls in the water and later Prabha builds a bridge to help her get across; Nandini thanks the anonymous person with a painting. This scene is taken from the Korean movie, Daisy (2006), which is also one of my favorites!

Kajal looks gorgeous in the film and has one of the flattest tummy! She's an okay actress but what bothers me about her the most is her facial expressions, especially when she rolls her eyes. It's not her acting that I have a problem with, it's more of the characters that she chooses to play each time.

I preferred the second half of the film over the first. Yes, the outfits were that bad. Not only that, I liked the interaction with everyone. Worth watching but not one of my favorites.

I look forward to seeing Prabhas's next film, Mr Perfect, because I really think the short hair makes him look yummy.
Bunny is still my Mr Perfect :D 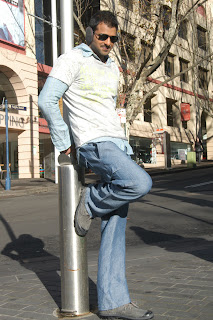 PS - I have Varsham and Chakram at home but haven't watched yet
ApunBindaas Nicki at 2:45 PM

As a Prabhas aficionado, I just had to give this post some prema :)

And I definitely agree with you on the straight hair in Munna. Yum-meeeeee!!!

I also am very much in favour of Bujji ending up with the other Chitti, Prabhas and Mumaith always have scorching hot chemistry. In fact, I think Mumaith might be his best costar, in a fantasy universe where I would not die from happiness at the sight of that jodi :P

Sad you didn't like Pournami though. :( It's one of my favourites, not just in the Prabhas filmography, but in Tollywood in general. Heh... different strokes, I suppose.

Gosh, Prabhas looks sooooo yummy in Munna!! Gosh! He even looks yummy with the short hair in the stills of Mr Perfect :D

I just hated Chitti, ala Trisha's character soooo much. She's so freakign annoying. Yes, Mumaith needs to do a lead role with Prabhas! I am still waiting for her item number with Bunny!!!

With Pournami, the two sisters theme bothered me, in terms of Siva falling for both. I mean, he didn't technically really fall for her but still...urgh. I ahte that.

Didn't know Pournami is one of your faves. I would love you to do a list of your fave Telugu films!