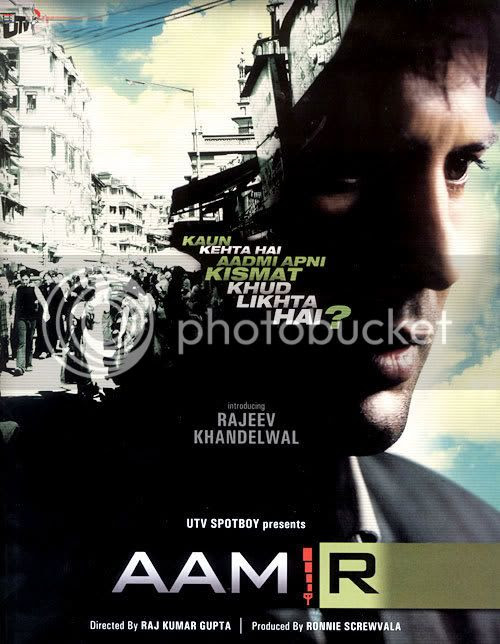 Aamir (noun): A leader (meaning)
Aamir is a man-on-the-run thriller revolving around the eponymous London-based doctor's visit to his family in India.
Geographically, Aamir's maze is set in the Muslim dominated streets and residential pockets of Old Bombay. In its lanes and crowded alleys, cheap restaurants and lodges, amongst nameless pimps and whores, run-down buildings and packed markets, Aamir is made to confront the life he has lived, the 'choices' he has made, his dreams, his loves and his immediate fears.
Through the course of a day, lost in the streets of Mumbai, the question remains - do you choose your destiny, or does destiny choose you?
Does Aamir choose to be a follower or does he rise to become a leader? 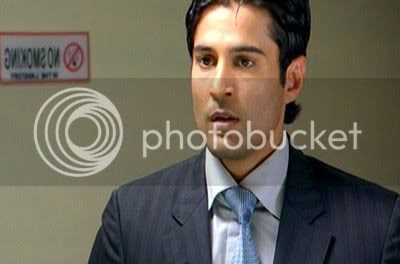 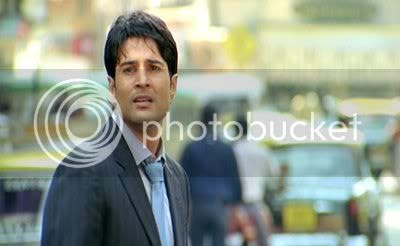 Rajeev Khandelwal is amazing!! He sorta reminds me of a clean-cut Emraan Hashmi (I'm in the minority who likes Hashmi). I can definitely see Rajeev taking the debut award.

"Paas Gaya" is a beautiful song. This is just the music video. Music in the movie is played in the background. 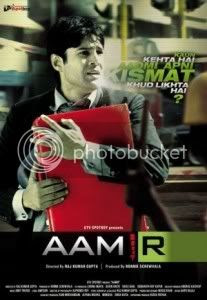 Since I've heard nothing but great things about Aamir, I've been excited to watch it. It is not disappointing at all. However, I later learn that it was "inspired" by the Filipino film, Cavite, that released in 2005. Like most "remakes," I like to judge for myself if it is a "remake" or was it "inspired" or an "adaptation." 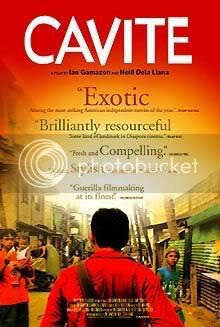 Therefore, I watched Cavite. You be the judge but I definitely think Aamir definitely "borrows" from Cavite. The title Aamir is powerful because of the name and meaning. Cavite is significant because of the city, Cavite, the most populated state in the Philippines. From this article the Vikas Bahl, Head of UTV Spotboy, have bought the adaptation rights from the makers of Cavite. Director Raj Kumar Gupta and Producer Anuraj Kashyap claim that the script of Aamir is original. However, there are just too many similarities. From the story (guy gets phone call and finds out family will be in danger if he doesn't listen to the villian on the phone) to the locations (populated city with narrow alleys in slums and squatter camps) to the political background (Muslim influences, terrorism, minority oppression). I don't mind Bollywood remakes at all but lately I've seen too many remakes/inspiration/adaptations, not only from Hollywood but Korean films too. Just admit that the movie is taken from another source! 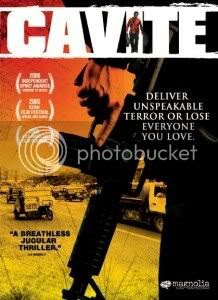 The film, shot with a jittery hand-held camera that is almost constantly in motion, opens with a panic-stricken man bringing a bomb onto a Manila bus, then cuts to San Diego, where Adam (Gamazon) is working nights as a security guard and seems to be wasting his life away before he gets a call from his mother in the Philippines, telling him he needs to come home. He's sent off by a protracted transcontinental telephone argument with his American girlfriend, but things get much worse for Adam when he lands in Manila. His mother doesn't arrive to pick him up, and he soon discovers that someone has slipped a package containing a cell phone into his backpack.

The phone rings, he picks it up, and his life is changed forever. On the other end of the line, a sinister voice tells Adam that his mother and sister are being held hostage, that his every move is being watched, and that if he doesn't do exactly as the voice tells him, his family will be killed. As he's led on a grisly tour of the impoverished Cavite region, Adam, a lapsed Muslim, soon realizes that his tormentor is a member of the notorious Abu Sayyaf terrorist group, which is fighting the Philippine government to get Muslim control of the southern section of the country. While sending him through his mysterious "assignment," the caller mocks Adam for his American ways, and his lack of awareness of his own culture.

Cavite was selected by the Film Society of Lincoln Center and the Museum of Modern Art for inclusion in New Directors/New Films in 2006. ~ Josh Ralske, All Movie Guide

So this the rights to Cavite show in the beginning credits? Giving thanks to the Ian Gamazon, the actor/writer/director in Cavite, and Neill Del Llana, the writer/director? I like both for different reasons. I like the slickness of how Aamir was filmed. But I prefer the ending of Cavite, it was more realistic and less heroic than Aamir. Don't get me wrong. I still like Aamir. I think it was told beautifully. What I did prefer Cavite over Aamir - in Cavite, you never saw the villian, you only heard his voice. In Aamir, you were able to see how the villian looked liked. Cavite looked like another Blair Witch Project where it was taken by an amateur, there were too many shaking moments. While Aamir was more professional in that sense.

Look below, I made caps from Aamir and Cavite, which I found similar. No spoilers. 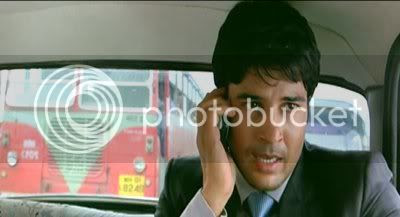 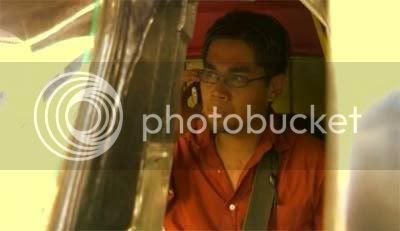 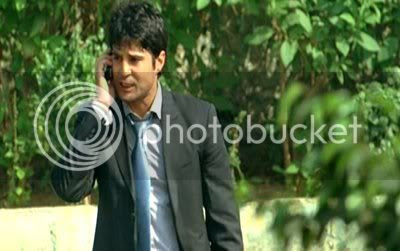 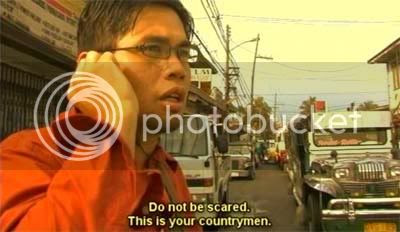 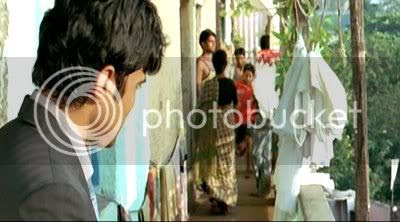 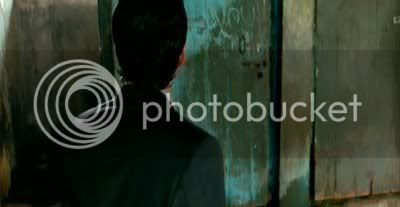 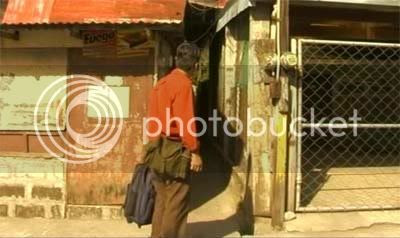 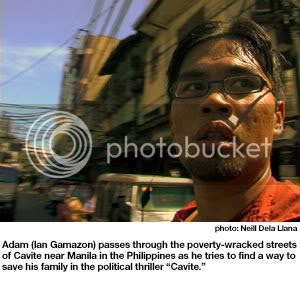 Populated city with narrow alleys in slums and squatter camps 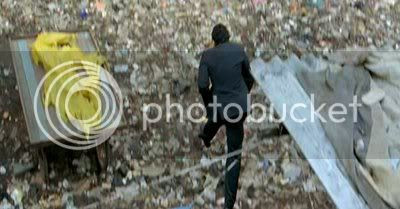 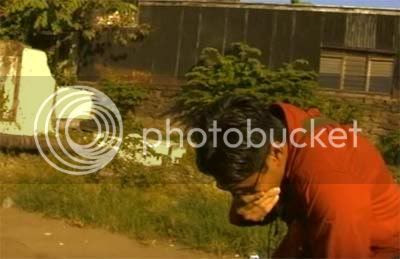 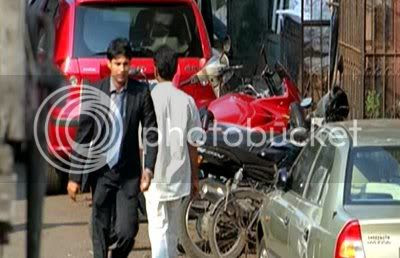 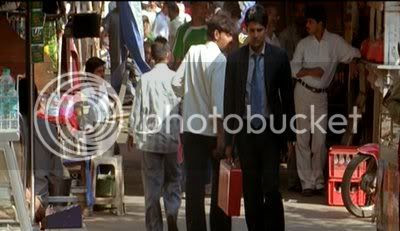 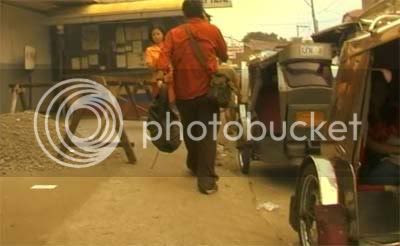 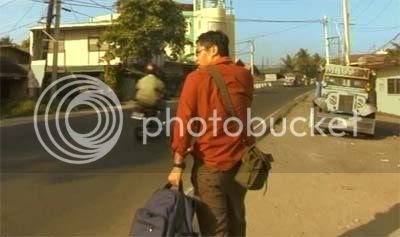 Going to next desination 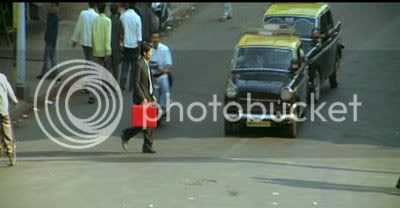 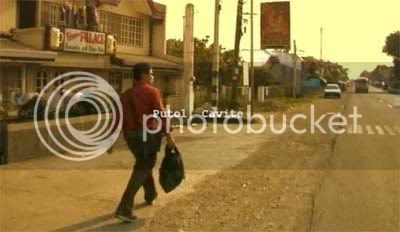 Trying to get to the desination
ApunBindaas Nicki at 6:32 PM

Nice post Nicki! Thanks for the screen caps. I am curious to see this now (although I never should have ignored the title to begin with ;).

Interesting you note Emraan Hashmi. I am with you on Emraan not having gotten the credit he's deserved for his acting. I think a lot has to do with the movies he's starred in being unoriginal, but that doesn't take away from his acting skills, which are underrated. Now, I need to back this up with a few reviews of his movies :)

Hey thebollywoodfan!! Thanks for coming by. Oh yes, why didn't you watch this movie first thing? I mean it has the name "Aamir"? :)

Wow, I'm so happy that you appreciate Emraan's acting. I think he's quite underrated. I think most people look at him as the smootch king and don't think about his acting. He was the best thing for me in his debut film Footpath and I watched the movie for Bipasha!

Enlightening post, Nicki. I had no idea Aamir was remade from something. I wonder if I can get my hands on either film but if I do, I'll make sure to check them out. :)

Its always interesting to know about the creativity of Bollywood film-makers - they dont confinbe themselves to the west but borrow from the east, too! You should probably put up reviews of some interesting Korean movies. I had the chance to watch some Korean telly dramas last year when a new Korean TV channel was offering free previews on cable - thought they were really good. Dont know where to get hold of Korean movies in Canada, though

veracious - Thanks for stopping by. I didn't know about Aamir taking some inspiration from Cavite either until I did more research. Cavite was hard for me to find but I finally was able to find me a copy. At least watch Aamir, it is a really good movie.

bollyviewer - As much as I love Bollywood films. It's bothering me more and more about many films borrowing from other cinema now. Let's not even go on about the music!!! Well, I have a Korean blog already where I put some of my reviews on there. It's not as detailed as my Indian blog because most Korean movies I watch online. I have a few on dvd. It is hard for me to find. My friend in Minneapolis finds copies and sends me what she can. Check out my Korean blog.

The link - I put too many .com

Hi Nicki: Ref - your comment to bollyviewer, I agree with you about the 'inspiration' trend in Bollywood being troubling. It's really gotten out of hand, and we cannot help but ask: where are the scriptwriters who value originality??! And if they don't, I've always maintained that giving credit to the original will only increase their credibility. Don't they see?! (Sigh)

theBollywoodFan - yeah, I totally agree with you. Like you said, just give the credit. Inspirations/remakes/adaptations are all okay as long as you give credit. I use to have a list of "remakes" of Bollywood films. Maybe I should update it again and post here.

I saw it this past weekend, and I liked it until the point at the very end. The climax could have achieved the same result without doing you know what :'( Your thoughts?

I'm surprised at how engaging it was (and the music was great too!). The comparison to Hashmi is warranted, although I felt, at times, that Emraan would've done better in some scenes in particular. Having said that, Rajiv will only get better with time. Good acting talent he has. He also appeared in a Pakistani drama serial (or as we say here, 'TV show') that I've been watching, and he's definitely got the makings of a good actor.

Thanks for the recommendation. I'm glad I saw Aamir, although it did bother me in some ways that weren't as disturbing, as say, A Wednesday (whose success I'm astounded and disappointed by). Oh well. Take care!

Hey thebollywoodfan - I am so glad you got to see this movie!

I totally agree with you about the ending. I was a bit disappointed. That sound bad, doesn't it? But I'm so tired of many films trying to be patriotic and heroic. The original film Cavite ended more realisticly, to me, unlike Aamir..

I think Emraan Hashmi would've done the role justice! He's such an underrated actor! I wish people would look beyond his kissing and look at his acting.

I haven't seen A Wednesday yet but looking forward to it. I have to go find it. Thanks so much fore reminding me about it.

It really wasn't the patriotism or heroism that got me. Saving more for the review/discussion. Good luck with 'A Wednesday'. I dislike it quite fiercely, to be honest (seldom happens). It'll be interesting to get your take. Cheers!

Namaste Nicki!
Thanks for letting me know about your great post here. I like you putting the 2 films side by side and giving credit where its's due. I had read a tiny bit abouthe Cavite connection, but didn't follow through. I should try and see that too. I could see Emran in the lead too now that you mention it. For some reason I've managed to see Emran in about 7 films and think he's pretty decent, just hasn't had the best options. I liked his small part in Kalyug. He was great as a creep in Janaat. Also liked him in Gangster, Zahar, Aksar...I am forced to see that I do like him, so you're not in the minority quite as much now. :)

Sita-ji - Namaste!! I do think Aamir is more polished and have a better direction than Cavite though. However, the storyline is basically the same.

I am glad you like Emraan! I'm so happy! He is so underrated and people look down on him just because he kisses his heroines :( Aamir Khan kisses his too. It's just that Emraan is in films produced and directed by his uncles, who are known for being remake kings.

Movie is making all of us very excited to see on screen after reading the book ...
Going to be wonderful watch Dakota Johnson and Charlie Hunnam
Charlie Hunnam