3 Deewarein - break down the walls 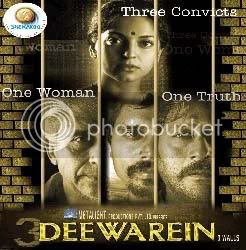 Three convicts - all on death row for murder. Jaggu (Jackie Shroff) is convicted for killing and stabbing his wife because she was cheating on him with another man. He admits it. Nagya (Nagesh Kukunoor) is convicted for killing his wife by pushing her off the street and getting hit by a car. He denies it. Ishaan (Naseeruddin Shah) is convicted for murdering a bank teller while he was robbing a bank. He says it's an accident. Mohan (Gulshan Grover) is the three convicts' custodian. Chandrika (Juhi Chawla) is a documentary filmmaker killing her time by coming to the jail to do a movie about the three men on death row to escape her abusive husband. 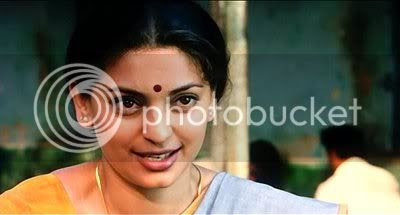 3 Deewarein is the movie where Juhi Chawla fans get to see her have more screen time. After her marriage to Jai Mehta, Juhi hasn't been playing leading heroine. Although she doesn't have a lovey dovey role in 3 Deeewarein, it was great to see her again. She proves she is here to stay in Bollywood! The cute, bubbly face with the sparkly smile still lights up the screen. I think she looks more beautiful with age. Her acting is still the best. 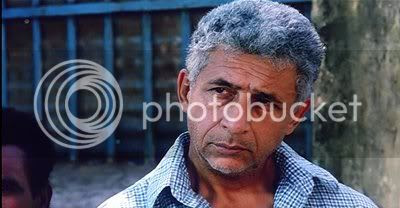 Naseeruddin Shah hardly ever disappoints. I am not a huge fan of his where I would go watch a film just because he's in it. He's a great senior actor. He's the Hollywood equivalent of Morgan Freeman, to me. His character is the sneaky guy who tries to be clever. 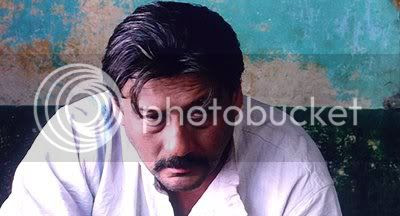 Jackie Shroff looked depressed and moody most of the time because his character. Always sad, he doesn't deny that he killed his wife and just waiting Doom Day. 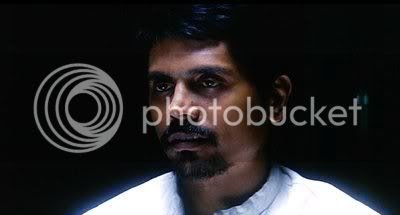 Look it's Nagesh Kukunoor! He looks so different in 3 Deewarein! I never would've guess that was him! This guy is talented. First he writes, directs, and stars in this film. His character is hurtful that many have even thought about him killing his wife but waits for a day when the truth to come out. 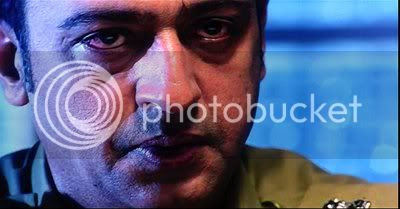 Gulshan Grover has a smaller role. He would've been a good choice for playing one of the convicts since he's good at playing negative roles. Instead in this film, he plays the good cop who is the convicts' guardian. 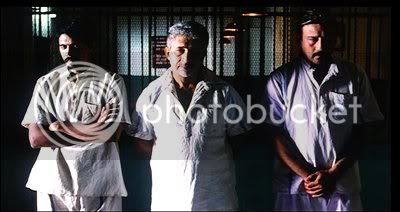 I rented the dvd for 3 Deewarein back in 2003 when it was first released. The copy I had was really bad, I wasn't able to watch it. I was so disappointed. Now after five years, I finally get to watch it! Since then, I'm more impress with Nagesh Kukunoor because I enjoyed his films - Iqbal, Dor, Bombay to Bangkok...and looking forward to watching his latest Aahayein since it stars my hottie John Abraham. 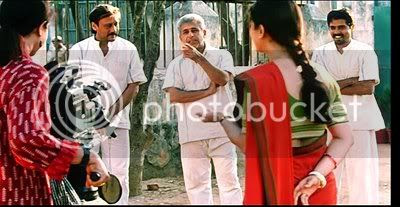 I remember people comparing 3 Deeewarein to The Shawshank Redemption. I hardly see the resemblence. I think both are different. The only similarity I can see is the escape at the end but that's it. Otherwise, both films are brilliant in their own ways. 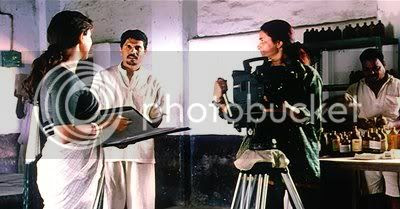 3 Deewarein is a must see for Juhi fans. It's just a good film to watch. It's not your typical masala film. No dancing around in trees or lovey-dovey scenes. Just good directing, script, and acting from everyone.
ApunBindaas Nicki at 8:00 PM

Yay, I'm so glad I have your blog now because I had never heard of this film! I LOVE Juhi and Naseer and Jackie so this is definitely a must-see for me.

Hi Nicki,
I just chanced by your blog, and enjoyed reading about a film I loved, Tin Dewaarein. Being a man, I suppose you won't be surprised seeing me disapprove with your interest of John Abraham, who is for me almost as hollow as can be, and on the contrary loving Naseer, one of the greatest Indian actors alive!
Thanks anyway!
cheers

Not at all yves! Thanks for coming by. I still love John Abraham. :D

I love this movie! Its so different from usual Bollywood fare. Nagesh Kukunoor makes really interesting movies (have you seen his Bollywood Calling?) and he can hardly go wrong with casting Naseeruddin Shah and Juhi Chawla!

Hey bollyviewer - I know. I was very impress with this movie. I haven't seen Bollywood Calling yet!!! I need to find me a copy. Thanks for letting me know.