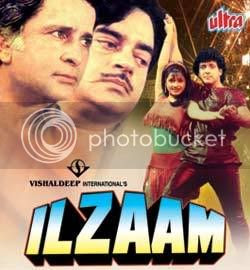 Ilzaam is about an orphan boy Ajay (Govinda) and rich girl Aarti (Neelam) falling in love with each other. Aarti's father Dhanraj (Prem Chopra) disproves of their relationship. Suddently Ajay disappears without a trace and leaves Aarti hearthbroken but she still yearns for him. She meets a guy name Vijay later who looks just like Ajay. Ajay lives with Laxmi (Shraddha Verma), her brother Suraj (Shatrughan Sinha), and mother (Gita Siddharth). Is Ajay really Vijay? What happened to Ajay? Will Ajay and Aarti ever be reunited? 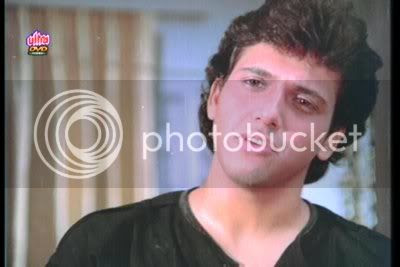 A lot of people use to criticize Govinda on why he was in Bollywood before Salaam-e-Ishq. I used to defend him each and every time telling them they haven't seen any of Govinda's earlier films. With the release of Salaam-e-Ishq, people have opened their eyes in giving Govinda a chance. He's natural at comedy. During the 80s, I was finally introduce to a hottie in Bollywood - Govinda. You can laugh all you want right now but this man was so hot and sexy. Even though he's overweight now, he sure can dance! Check him out in the movie Sandwich. I think he's still a natural at comedy. Although I'm not a die hard fan of his like I used to be, I still adore the Govinda I knew back then. In the 90s, he started in a string of David Dhawan comedies and lost my interest. Now I'm glad he's back! Since Ilzaam is the first movie I've seen of his, I can see him do any role, not just comedy. He totally impress me in Ilzaam!! 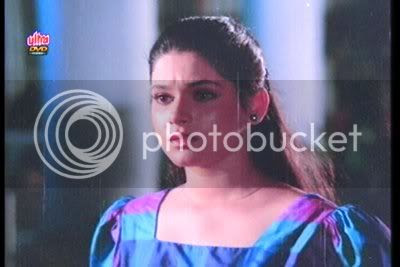 Neelam is so cute and adorable! I looove her innocent face. She was never the best actress but I always enjoy watching her films. I was sad to see she stopped being in so many films later on. I hate when Bollywood actresses stop playing in so many films at a certain time in their lives. For those who may or may not know, Neelam was in Kuch Kuch Hota Hai as the Neelam the VJ with the Neelam Show, the girl who little Anjali loved and admired. Neelam was also the sister Sangeeta in Hum Saath Saath Hain. As Aarti in Ilzaam, Neelam was a good choice because just by looks, she was the prefect choice. Aarti was naive, cute, adorable, loving, committed - Neelam fit that perfectly. Prem Chopra plays Aarti's father Dhanraj. He is weathy and conniving and only thinks about his best interest. I haven't seen a lot of his older films but Prem has been in so many newer films I've seen but he's most memorable in Ilzaam to me. The way he expresses himself just makes you dislike him. He just looks like a mean ass who don't care about anyone but himself. 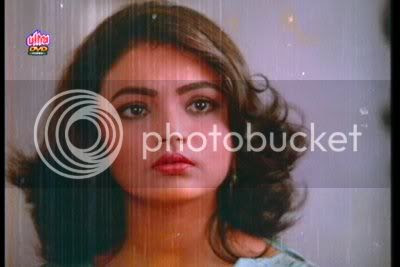 Shraddha Verma plays Laxmi. She has such a short role in the film but significance of her role in Ilzaam is being rescuted by Vijay from being raped. Although she wants to get marry, she can not because her family doesn't have a lot of money for dowry. She has such a innocent, lovely look to her. I've never seen any other movie with her. Even by looking at her short filmography, I don't remember her in Daraar or Jawani Zindabad. She probably had really short roles like she did in Ilzaam. 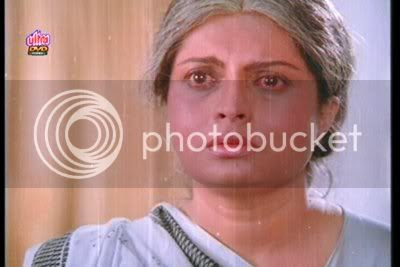 Gita Siddharth plays Laxmi and Suraj's mother. She opens her heart out to Vijay for saving Geeta and doesn't have a huge role in the film other than that. Gita has been in a lot of older films but haven't seen anything recent of hers. 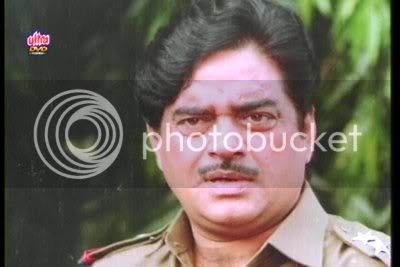 Shatrughan Sinha plays Suraj, Geeta's brother. He is an officer who takes his job seriously. He has been in a lot of films I've seen before as a supporting star but never as a lead hero. 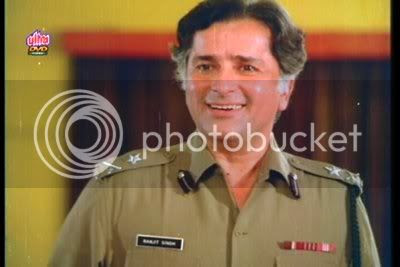 Shashi Kapoor plays IGP Ranjit Singh. His role is significant because even though he's the IGP, he's ignorant at the fact his son Satish is involve with crime. Shashi Kapoor is just so handsome in his younger days! 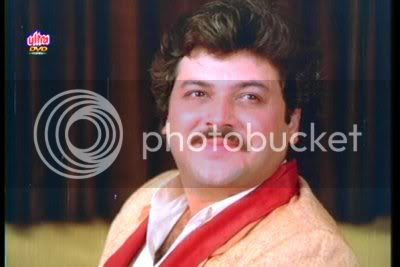 Raj Kiran plays Satish, the guy who is involve with crime but his dad doesn't know about it. He hides his identity to away from his dad. I've seen Raj in many films before in a supporting role. I just don't remember any of them being that big as it is in Ilzaam. Just by looks, he looks like a pervertic drunk guy which suits his role perfectly. 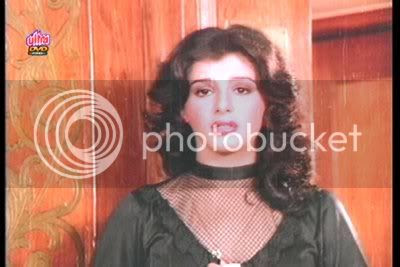 Anita Raaj plays Kamal, a backup dancer who is connected to Ajay. Her intro with her on a motocycle was really cool. I just love it when a lady is tough and rides a bike. She definitely have the La Femme Nikita thing going on. Her looks remind me of a young Madhuri Dixit in the 90s. I really like Anita Raaj but she never much of a leading heroine. I remember watching one movie with her - I don't remember the name of it but I do know the guy opposite her was Shatrughan Sinha. I found it. I don't know the name of the movie. Here's the song As I mentioned before, I think Govinda was just soooo handsome back in the days. He's such an amazing dancer too. 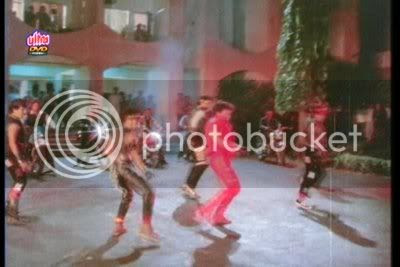 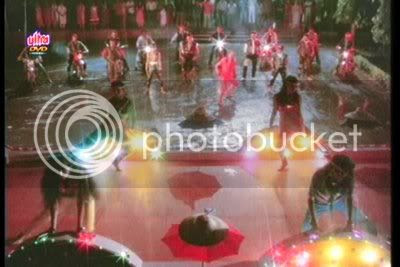 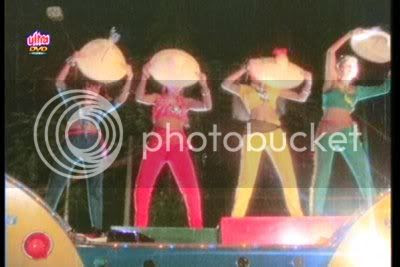 First song is "I am a Street Dancer" which shows off Govinda's dancing abilities. All the bright colors shows the bad 80s fashion. There are YouTube videos that has the song in which you can see Govinda's great dancing. Watch here (embedding was disable) 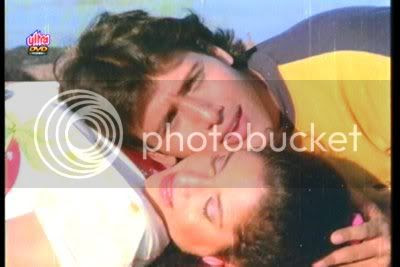 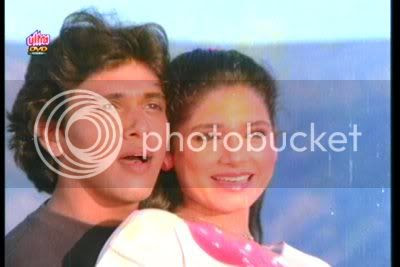 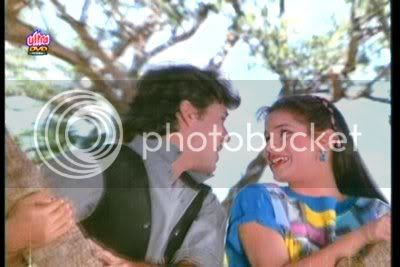 Did I mention how much I love Govinda-Neelam jodi? I'll say it again? I looooove their dancing jodi. When I was growing up, I didn't see a lot of dancing jodis. Especially in cute modern clothes! I've seen heroines dance traditional and classical. Never with the male lead. (Maybe it's just the movies I've seen). So when I saw Ilzaam, I was so amaze by the Govinda-Neelam jodi. Forget Govinda-Raveena and Govinda-Karisma, you haven't seen Govinda-Neelam. I also think they look so cute together and compliment each other. During that time, I went nuts for them and watched all (I hope) of their films together. I'm still eagerly waiting for their films to be released on dvd. As soon as I heard about Ilzaam on dvd with English subs, I bought it! The quality isn't the best but I grew up watching this film on vhs without English subs. "Pehle Pehle Pyar Ki" is such a wonderful song and has Govinda and Neelam in a huge wardrobe change (mostly modern clothing) with cute dancing steps. Watch here 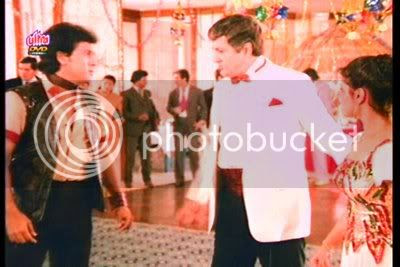 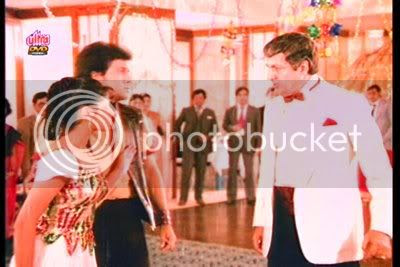 "Pyar Kiya Hai" has Govinda and Neelam dancing in front of everyone expressing their love. No one can separate them ever again. Not even her father! They are here to show everyone that. There were three more songs in the film. "Da Da Dai Da Dai" has Anita Raaj dancing in a bar. "Ye Tujhe Kya Huwa" is a bit like "Pehle Pehle Pyar Ki" but it's on stage performed by Neelam first then Govinda later. It's a dance competion and you really can see Govinda dance very well. Nanch Govinda Nanch. "Main Aaya Tere Liye" is a song performed on stage with Govinda and Anita Raaj. Watch here 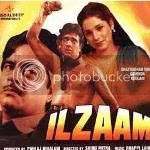 Ilzaam was the first movie that introduced me to the Govinda-Neelam jodi. It let me see the dancing jodi's chemistry. The storyline seems simple with a poor boy, rich girl aspect but it's totally different with a twist. The music is great and everyone did a great job acting. It's one of my favorite films growing up.
ApunBindaas Nicki at 2:30 PM

Lovely screencaps, Nicki. I loved Neelam too. Apart from their rom-coms, I believe she had one very interesting thriller with Govinda that was a big hit - I think it was Hathya. I never could get Govinda's appeal though. Not even when he was slim and had more hair. It didnt help that he indulged in the cheapest comedies that Bollywood has had the bad taste to offer!

Wow, I didn't know Neelam was an actress; I just thought she was a real VJ. :-) Govinda looks better now, even with the extra pounds, IMO. But this movie does look fun; I'm always up for dancing!

Thanks bollyviewer. I guess just different taste. I thought Govinda looked handsome. I agree with the cheapest comedies. I have Hatya and will review later along with Love 86.

ajnabi - I think Govinda is still handsome now, still cute face. It's just that he did a lot of stupid comedies. Govinda/Neelam had a lot of dance songs together. I love it.

Thanks for the recap Nicki! I'm with you on this film, one of my most-liked from the era! That Street Dancer song was quite the rage (in Bombay at least), and I've absolutely been Neelam's ever since I saw her here.

If you have seen Partner, you know this, but Govinda was given a heck of a platform by Salman Khan and his brothers in it, and he delivered a fantastic performance. He was very good in Salaam-e-Ishq, but I thought just excellent in a more extended role in Partner.

Thanks theBollywoodFan. You know know how happy I am to find another Neelam fan!!! Yah!

I agree about Govinda in Partner. He's great as always but since I'm such a huge Hitch fan too. I was disappointed in Partner.

Share that disappointment in Partner. If only they had acknowledged the inspiration from the outset. Warrants disappointment because Partner was still very well executed and hilarious. Oh well.

One of my favorite Neelam movies was Afsana Pyar Ka. Talked about it here. Also have this post dedicated to her.

Any other Neelam recommendations, besides the ones she's done with Govinda?

Hey there! I saw Afansa Pyar Ka a while ago and didn't like it unfortunately. Maybe I'll watch it again but I do love the songs. Aamir is my favorite actor and I have seen most of his movies. I think there's just a few I haven't seen earlier in his career.

I just remembered another Neelam movie I liked a lot - Kasak.

Thank you Nicki! I'll hope to check them out some time soon!

OMG you've seen Kasak! How was it? You must do a review on it soon... :-) Its apparently a scene-by-scene rip-off of my favorite Mani Ratnam movie Mouna Raagam that I reviewed in my last post

theBollywoodFan - you're very welcome! Always glad to help out another Neelam fan.

Bollyviewer - yes, I've seen Kasak. I do have it dvd. I'll go get it and do the review this weekend. :) I'll check out your blog. Yes, I heard about Kasak being a remake

Hey, I am hapy to see somebody who shares my like for neelam and govinda pair. I do agree that govinda did alot of silly comedies later, after which I too started watching less of his movies.

Thank you anonymous for stopping by. Yes, Govinda/Neelam is an awesome jodi. I really miss them!!

OMG!!!I am so happy to found you guys who luv Govinda-Neelam pair.I think Govinda-Neelam is the best couple in bollywood.I just love the duo.Yesterday I watched all their songs in youtube.I wish they were a real life couple too.
I still love watching Govinda though even though I am not a huge fan of him as I was before but I am still his fan.He still makes me happy with his hilarious comedy.I still miss Govinda-Neelam pair.Thank god I have got youtube where I can watch them whenever I want and bring back all my childhood memory back.

Hi everybody I do believe that govinda and neelam were great together too bad they stopped acting with eachother later. Neelam acts well with others like Ameer and salman khan . She was appreciated